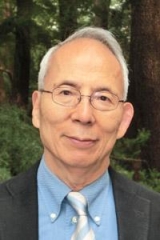 Interview with Tsuneyoshi (Tune) Kamae, Professor Emeritus, both of the University of Tokyo, Department of Physics and of SLAC. Kamae discusses his current work configuring digital devices on science education for the visually impaired, and he recounts his childhood in Himeji and then Osaka, Japan and his early memories of World War II. He describes his undergraduate education at Kyoto University and his developing interest in physics and the opportunity that led to his acceptance at Princeton to work with Val Fitch on the root cause of CP violation. Kamae describes his postdoctoral work at KEK in Japan, where he studied the internal motion of the proton inside the nucleus, and he explains the circumstances that led him to LBL and then SLAC to work on the Time Projection Chamber. He discusses his involvement with the SSC planning and how he became involved in X-ray astronomy. Kamae discusses SLAC’s embrace of astrophysics under the leadership of Burt Richter, and he reflects on some of the cultural differences in physics environments in the United States and Japan. At the end of the interview Kamae shares his hopes for the future of the education program he is developing, and he discusses some of the strategic challenges Japan is facing in light of its demographic trends.