Discusses her childhood and education; her developing interest in astronomy; studying with C. C. L. Gregory at the University of London Observatory and University College; her thesis work on the variations in Gamma Cassiopeia; meeting and marrying Geoffrey Burbidge; discrimination against women in the Carnegie Followships; the conflict between her work and having a family; the decision to go to the U.S. and Yerkes; use of the 82-inch telescope at McDonald; recollections of Shapley; disagreements between Kuiper and Urey; development of interest in abundance of elements; Baade's inspiration; offers for Geoffrey Burbidge from Manchester and Cambridge and move to Cambridge University; Geoffrey's differences with M. Ryle involving source of radio emission; meeting Willie Fowler; decision to return to the U. S. and Caltech; observing time at Mt Wilson; reactions of the old guard to women observers; collaborations with Baade on supernovae synthesis (1956); work on barium II stars; the search for permanent positions; advantage of position at Chicago/Yerkes/McDonald; move to Chicago and work on galaxies (1957-1962); observations of Centaurus A at 82-inch McDonald telescope; leaving Yerkes to go to La Jolla with Revelle; continued research on quasars and general research; cosmological implications of quasars; summer in Pasadena with Hoyle; development of Hoyle's Institute; challenges of Burbidge, Fowler, Hoyle concept of nucleosynthesis; Unsold's arguments; Arp's work; lack of satisfactory gravitational red shift models; university's relationship with Lick; infra-red work future of Greenwich and changes in the power structure in the British Astronomical establishment; offer of position as head of the Science Research Council; decision to take a leave of absence from La Jolla and accept; difficulties of the position and the decision as to where to locate the Northern Hemisphere Observatory; decision to return to the U. S.; American Astronomical Society presidency (1976-1978); AAS and the Equal Rights Amendment; her most satisfying work in nucleosynthesis, B2FH. Among those prominently mentioned: Arp, Baade, Bowen, Chandrasekhar, Greenstein, Hoyle, Kuiper, P. Merrill, H. Minkowski, R. Revelle, M. Ryle, Sandage, Shapley, Stromgren, Unsold, Urey. 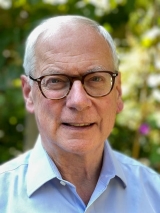