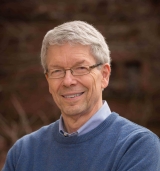 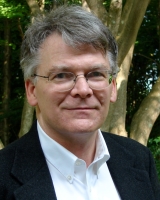 In this interview, David Zierler, Oral Historian for AIP, interviews Douglas Brash, Professor in the Department of Therapeutic Radiology in the Yale School of Medicine. Brash recounts his childhood in a rural community outside of Cleveland, and then in Chicago, and he describes his early interests in science and his determination to become a physicist by the third grade. He discusses his education at Illinois where he majored in engineering physics, and he describes his formative summer job at Livermore Laboratory which helped to compel him to pursue biophysics for graduate school. Brash discusses his research at Ohio State under the supervision of Karl Kornacker, and the work of his graduate adviser, Ron Hart who was focused on DNA repair. Brash discusses his interests in aging and molecular biology which was the foundation for his dissertation, and he provides an overview of biophysics as a discrete field in the 1970s. He discusses the distinctions in his research regarding basic science and clinically relevant therapies as it relates to understanding cancer, and he describes the varying interests in environmental carcinogenesis and retroviruses as a basis for cancer research. Brash explains the origins of the discovery of oncogenes and the connection leading to his specialty in skin cancer research. He describes his postdoctoral research at Harvard and the Dana Farber Institute with Bill Haseltine working on DNA damage and mutagenesis. Brash discusses his subsequent work at the NIH where he continued his research in cell mutation and where he began to study the effect of UV rays on skin cancer. He explains the circumstances leading to his decision to join the faculty at Yale, where he realized he had greater opportunity to continue examining UV rays and skin cancer. Brash offers an overview of the major advances over the last two decades in skin cancer research, and he describes the central importance in DNA sequencing and Chemiecxitation. He discusses the many research advantages associated with having an appointment in a medical school, and at the of the interview, Brash describes the value of bringing a physics approach to cancer research, and some of the policy and communication implications that come with working at the cutting edge of the field.

Mildred Allen was born in Massachusetts in 1894, the elder of two daughters of an MIT professor of civil engineering who had met her mother while working in New Mexico. She graduated from Vassar College in 1916 with training in mathematics and physics. Her Ph.D. in physics (1922) was granted by Clark University where she studied with A. G. Webster, but her thesis research was one at MIT. She taught at Mt. Holyoke, Wellesley and Oberlin Colleges during the 1920s and early 30s, as well as studying further at the University of Chicago and Yale. She did research at the Bartol Foundation, 1927-30, and at Harvard University, 1931-33. She then taught at Mt. Holyoke from 1933 until her retirement in 1959. Since then she has done additional research, most recently (paper published 1971) on the behavior of torsion pendulums especially during solar eclipses.

Early schooling and education in England; training in geology at London University; Ph.D. studies at Yale University in late 1950s; work on problems in lunar and Martian geology in the 1960s. Detailed discussion of his research at Yale with Carl Turekian, involvement with high-pressure geological research at University of Western Ontario, and participation in 1960s Air Force-sponsored Luster Sounding rocket program to determine micrometeorite flux rates.

Youth and family life in Turkish Armenia prior to turn of century; time at Yale Sheffield Scientific School and early research interests; World War I work for U.S. Signal Corp; teaching experience and associates at Sheffield School; his book on mechanics; experience at Cavendish Laboratory, 1914; impressions of Joseph J. Thomson, reaction to Niels Bohr's atomic theory. Trinity College in Hartford, state of physics department; his preoccupation with wartime plight of Armenians. Comments on philosophy of science, reaction at Yale University to the theory of relativity, hazards of x-rays, concepts of centrifugal force, indeterminacy and complementarity. Also prominently mentioned is Leigh Page.

In this interview Pierre Demarque discusses topics such as: his early interest in astronomy; listening to radio lectures by Fred Hoyle; study at the University of Toronto; interest in cosmology; work with Leonard Searle; master's thesis on stellar structure; influence of Searle and J. Beverly Oke; move to the United States and Louisiana State University; University of Illinois and the influence of Ivan King; Ludwig Biermann; George McVittie; going to the University of Chicago and contact with Chandrasekhar; stellar evolution; Yerkes Observatory; leaving Chicago for Yale University; Walter Baade philosophy of studying cosmology; globular clusters; John Eddy's work on solar variability; stellar populations and galaxy evolution. 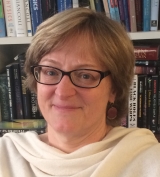