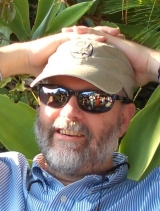 Christopher Stubbs, professor of physics and Dean of Sciences within the Faculty of Arts and Sciences at Harvard, is interviewed by David Zierler. Stubbs recounts his life moving around as the son of a U.S. Foreign Service officer and the decisions that led his mother, as a single parent, to move to Iran where he attended high school. He explains the circumstances that led to his enrollment at the University of Virginia for college and his clear decision to focus on experimentation and the considerations that led to his graduate work at the University of Washington. Stubbs describes the excitement surrounding Ephraim Fischbach’s work on the Fifth Force, and working under the direction of Eric Adelberger on signal noise calculation for a torsion pendulum experiment. He conveys what it felt like to be at the center of research so fundamental that it was fair to ask, “was Einstein right?” Stubbs explains how a talk by Michael Turner motivated him to pursue dark matter research as a postdoc at the Center for Particle Astrophysics at Berkeley, where he pursued research in optical wavelength observational astronomy. He describes his first faculty appointment at UC Santa Barbara where he worked on the MACHO project, and the financial constraints that led to his decision to accept a tenured offer back at the University of Washington. Stubbs discusses his research on supernova cosmology projects and his happiness at being in Seattle, and he explains the pull that led him to accept a faculty offer at Harvard. He describes his work as department chair, he deflates the myth of the bottomless money well that is Harvard’s endowment, and he describes his shortcomings as chair in promoting diversity in the department while emphasizing the importance of this work in his capacity as Dean. Stubbs describes the circumstances that led to him becoming Dean, and he surveys some of the key challenges he has encountered in this role. He explains how he has been able to maintain a research agenda, and he reflects on his accomplishments as an undergraduate teacher and graduate mentor. At the end of the interview, in surmising his post-Dean life as a full time physics professor, Stubbs points to the need for a more complete intellectual framework of physics that is based on astronomical data as a broad-scale method to pursue the kind of research he hopes to accomplish.