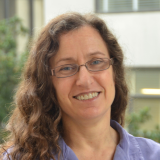 Interview with Frances Hellman, professor of physics and of Materials Science and Engineering, Dean of Mathematical and Physical Sciences at UC Berkeley, as well as senior faculty scientist at Berkeley Lab.  Hellman is also president-elect of the APS. Hellman explains why she considers physics her “home” department and why her research agenda spans so many disciplines. She describes the major issues in her incoming leadership of APS and how Berkeley has coped during the pandemic. Hellman recounts her childhood in Manhattan and then Brooklyn and she describes her Quaker education and her early interests in science. She describes her focus on ski racing and her undergraduate experience at Dartmouth, and the formative influence that Bruce Pipes had on her development as a physicist. Hellman discusses her motivations to pursue thesis research at Stanford, where Mac Beasley and Ted Geballe were her co-advisors and where A15 superconductor research was in full gear. She describes her postdoctoral appointment at Bell Labs to work on magnetic thin film materials and magnetic superconductors. Hellman conveys her interest in entrepreneurship and the opportunities that allowed her to join the faculty at UC San Diego, and she describes building up her lab and her interests in thermal links. She reflects broadly on the basic and applied aspects of her research, and she explains her reasons for transferring to Berkeley and her affiliation with the Exploratorium. Hellman describes her administrative responsibilities as department chair in physics and she conveys her recent interests in amorphous materials and specifically ideal glass. At the end of the interview, Hellman discusses her involvement in both the APS and Berkeley’s efforts to make STEM more inclusive and diverse, and she describes her optimism that her work on amorphous materials will lead to key discovery in the field.