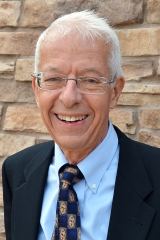 In this interview, David Coward reflects on his time at Stanford University and the formation of SLAC. Coward discusses his time as an undergraduate student at Cornell University. He describes how his desire to study under Pief Panofsky influenced his decision to attend Stanford University for graduate school and how Panofsky later encouraged him to work for SLAC. Additionally, he continually reflects upon the role of Panofsky throughout his life and his leadership in the formation of SLAC. Coward details how his engineering background helped him construct a spectrometer facility at SLAC. He details his various sabbaticals at CERN and reflects upon the different work cultures that existed at different labs. He discusses his contributions to a study on quarks that later earned a Nobel Prize in 1990. Coward Reflects on the development of the Spectrometer Facilities Group and his role in putting the team together. He discusses a paper the group published in 1975 on polarized electron-electron scattering at GeV energies that proved the quark model of the proton. Lastly, Coward discusses his experience living in Palo Alto and the progress made in the area during his time there, such as the installation of bike paths and the undergrounding of power lines.