Interview with Gerard 't Hooft, University Professor of Physics (Emeritus) at Utrecht University in the Netherlands. 't Hooft considers the possibility that the g-2 muon anomaly experiment at Fermilab is suggestive of new physics, and he reflects broadly on the current shortcomings in our understanding of quantum mechanics and general relativity. 't Hooft recounts his childhood in postwar Holland and the influence of his great uncle, the Nobel Prize winner Frits Zernike and his uncle, the theoretical physicist Nico van Kampen. He describes his undergraduate education at Utrecht University where he got to know Martinus Veltman, with whom he would pursue a graduate degree and ultimately share the Nobel Prize. 't Hooft explains the origins of what would become the Standard Model and the significance of Yang-Mills fields and Ken Wilson’s theory of renormalization. He describes Veltman’s pioneering use of computers to calculate algebraic manipulations and why questions of scaling were able to be raised for the first time. 't Hooft discusses his postdoctoral appointment at CERN, his ideas about grouping Feynman diagrams together, and how he became involved in quantum gravity research and Bose condensation. He explains the value in studying instantons for broader questions in QCD, the significance of Hawking’s work on the black hole information paradox, the holographic principle, and why he has diverged with string theorists. 't Hooft describes being present at the start of supersymmetry, and the growing “buzz” that culminated in winning the Nobel Prize. He describes his overall interest in the past twenty years in thinking more deeply about quantum mechanics and he places the foundational disagreement between Einstein and Bohr in historical context. At the end of the interview, 't Hooft surveys the limitations that prevent us from understanding how to merge quantum mechanics and general relativity and why this will require an understanding of how to relate the set of all integer numbers to phenomena of the universe. 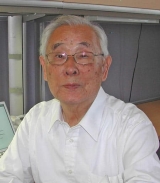