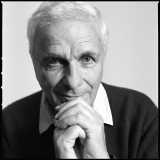 In this interview, David Zierler, Oral Historian for AIP, interviews Daniel Z. Freedman, Professor Emeritus of Applied Mathematics and Physics at MIT and long-term visiting professor at Stanford. Freedman explains his understanding of the term’s mathematical physics and physical mathematics, and he bemoans the broad decoupling of experiment and theory in physics. He recounts his upbringing in West Hartford, Connecticut, and he describes his undergraduate education at Wesleyan. Freedman describes his early attachment to theory and his graduate work at the University of Wisconsin, where he worked under the direction of Ray Sawyer on Regge poles. He discusses his postdoctoral research as a NATO fellow in Europe at CERN and Imperial College London, and he conveys the sense of excitement at the time about the weak and strong interactions. Freedman describes his appointment at UC Berkeley before joining the Institute for Advanced Study, and he explains the opportunity that led to his faculty job at Stony Brook. He reflects on his interactions with Yang and he narrates the origins of supersymmetry, and shortly after, the origins of supergravity. Freedman explains what is “super” in supergravity, supersymmetry, and super-space, and he describes why the reality of supersymmetry must be true even if we lack the tools to see it. He explains his decision to move to MIT, and he connects the arc from the 1984 string revolution to the discovery of AdS/CFT in 1997. Freedman describes winning the Dirac medal and subsequently the Breakthrough Prize, which he understood as confirmation in the community about the importance of supergravity. At the end of the interview, Freedman connects his work to larger questions in cosmology and astrophysics, he expresses surprise by the increasing centrality of mathematics to physics, he explains his early work on neutrino scattering and why after 40 years, his original intuition has been vindicated.

Interview with Michael Dine, Professor of Physics at the University of California at Santa Cruz. Dine conveys his provisional excitement over the g-2 muon anomaly experiment at Fermilab and he recounts his childhood in Cincinnati. Dine discusses his undergraduate education at Johns Hopkins, his developing interests in physics, and the opportunity that led to his graduate research at Yale. He describes working under the supervision of Tom Appelquist and trying to understand the force between heavy quarks within quantum chromodynamics. Dine describes his earliest exposure to string theory and his decision to take a postdoctoral appointment at SLAC, where he worked with Jonathan Saperstein on the next order calculation of the total electron-positron cross section. He discusses Lenny Susskind’s work on Technicolor and his subsequent appointment at the Institute for Advanced Study, his close collaboration with Willy Fischler, and the excitement surrounding supersymmetry at the time. Dine describes the impact made by Ed Witten when he arrived in Princeton and he discusses the origins of axion-dark matter research. He discusses his first faculty position at City College in New York and his reaction to the “string revolution” of 1984 and AdS/CFT a few years later. Dine explains his decision to move to UC Santa Cruz and his burgeoning interest in cosmology, he reflects on when his research focused to physics beyond the Standard Model, and he explains why it is possible to decouple the expectation that supersymmetry must be detected at the LHC. He explains why string theory is making strides toward experimental verifiability, and he reflects on the utility of being a theorist. At the end of the interview, Dine emphasizes his optimism about the axion as a dark matter candidate and why the field is moving steadily toward a greater understanding of physics at both the largest and smallest scales.