In this interview John "Mike" Cornwall and Malvin Ruderman discuss topics such as: JASON, Richard Garwin, IBM, particle physics, parity violation.This interview is part of a collection of interviews on the life and work of Richard Garwin. To see all associated interviews, click here. 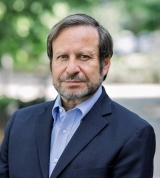