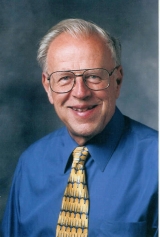 Interview with William Herrmannsfeldt, Staff Physicist at SLAC. Herrmannsfeldt recounts his German heritage, his upbringing in Ohio, and his early interests in physics which he pursued as an undergraduate at Miami University. He discusses his graduate work on beta decay and nuclear physics at the University of Illinois, under the direction of James Allen, and he describes his postdoctoral appointment at Los Alamos where he made detectors for bomb tests. Herrmannsfeldt explains the connection between his work at Los Alamos on electron optics and his initial research at SLAC, and he describes his work on linear accelerators. He describes his tenure as Secretary of the Advanced Development Group and his role at the AEC to concentrate on accelerator physics for Fermilab. Herrmannsfeldt explains the decision to move ahead with the PEP project and his LINAC work at Berkeley. Herrmannsfeldt explains the relevance of this research to nuclear fusion, and he describes some of the technical challenges in building the superconducting RF system. At the end of the interview, Herrmannsfeldt conveys the sense of fun he felt in learning new technological systems, the inherent challenges of beam dynamics, and he reflects on how SLAC has changed since its inception. 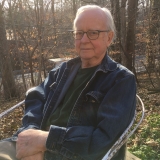 In this interview, David Zierler, Oral Historian for AIP, interviews Roger Schneider, retired and formerly Associate Director for Science of the Center for Devices and Radiological Health at the FDA. Schneider recounts his childhood in Yakima, Washington, and he describes his early interests in science.  He discusses his undergraduate education at Stanford, and he explains his motivation to join the Public Health Service as a physicist working to detect nuclear fission products in the environment.  Schneider describes his graduate education at NYU in the Department of Nuclear Engineering, and he explains how this work led to his appointment as part of an experimental physics group set up by the Public Health Service in Rockville, Maryland.  He explains the lab’s mission to detect radiation emanating from various medical and consumer products, and he describes the Congressional legislation that created the FDA.  Schneider provides an institutional history of the origins of the National Center for Radiological Health and its formative work on the safety of lasers, ultraviolet sources, and radio waves.  He explains the negotiations that inevitably arose between industry, medical practitioners, and the relevant regulatory agencies charged with safety and efficacy.  Schneider explains the origins of MOSFET technology and its development by the semiconductor industry and the valuable collaborations he pursued with the International Society for Optical Engineering. He conveys the importance of the Radiation Control Act to standardize radiation thresholds for patient exposure and the impact of CT technology on these standards. Schneider discusses his contributions to mammography and the diagnostic challenges inherent in breast cancer detection. At the end of the interview, Schneider reflects on his career and how he has contributed to the mission of the FDA while working to ensure that that medical industry was making products that were held to the highest standards of safety.