Physics Graduate student Eline V. A. van den Heuvel (University of Amsterdam) interviews Professor Emeritus of Physics and Senior Research Scientist at the University of Maryland Charles W. Misner. After obtaining his BA at the University of Notre Dame in 1952, Prof. Misner continued his education at Princeton University, where he completed his PhD in Physics under supervision of Prof. John. A. Wheeler (1911-2008) in 1957. In the spring semester of 1956, Prof. Wheeler fulfilled the Lorentz professorship at Leiden University, the Netherlands, accompanied by his student Misner. Prof. Misner discusses this trip, focusing on his personal experience and his work on the Already Unified Field. He also discusses Wheeler’s relativity work and possible motivations for Wheeler to go to Leiden. The remainder of the interview deals with the many-worlds interpretation of Dr. Hugh Everett, a friend of Misner and former a PhD student of Wheeler, and Misner expresses his disappointment in how the physics community has treated Everett. 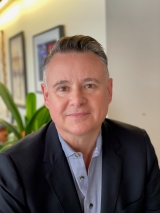