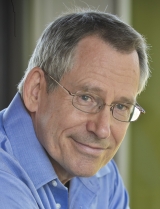 Interview with Steven Weinberg, Jack S. Josey-Welch Foundation Chair in Science and Regental Professor at the University of Texas at Austin. The focus of the interview is on how and when Weinberg became interested in cosmology, and how he defines it as a distinct discipline from astronomy and astrophysics. Weinberg explains that between the intensity of interest in particle physics in the 1950s and the speculative nature of cosmology, he had neither the interest nor the outlet to pursue cosmology in a rigorous way. He discusses some of the theoretical and experimental limitations at the time that kept cosmology in a largely “mystical” realm, and why the discovery of the microwave background by Penzias and Wilson “changed everything.” Weinberg explains what new questions can be considered as a result of evidence for a hot early universe, and he discusses when he first became interested in the formation of galaxies. He describes why the cosmological constant has bothered him for a long time, and he traces this problem back to Einstein and what Weinberg considers Einstein’s incorrect approach to his own theory. Contrasting his own experience as a graduate student, he cites John Preskill as his first student to pursue cosmology, and he explains that while his interests in particle physics and cosmology are generally separate, he always looks for intersecting research opportunities, which is well represented in the relevance of beta decay physics in the first three minutes of the universe. At the end of the interview, Weinberg surveys the value and problems associated with the term “Big Bang,” and he reflects on his career-long effort not to be dogmatic in his views on cosmology.