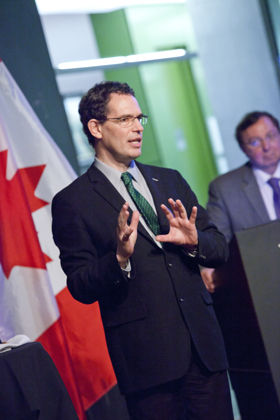 Awarded every two years to non-U.S. citizens for international leadership in physics, the award consists of a medal, a certificate of recognition and a $10,000 prize. The award will be presented to Turok at the 2016 Quadrennial Physics Congress, which takes place Nov. 3-5 in Silicon Valley, Calif. (See http://www.sigmapisigma.org/sigmapisigma/congress/2016.)

"We are thrilled to award this prize to Dr. Turok for his many contributions to the international physics community, including his creation of the African Institute for Mathematical Sciences (AIMS), his directorship of Perimeter Institute for Theoretical Physics in Ontario, Canada, and his many lectures and publications," said AIP CEO Robert G.W. Brown.

Turok was born in South Africa and educated at Cambridge University in England. He received his doctorate in theoretical physics from Imperial College, London under the tutelage of David Olive. His research focuses on developing fundamental theories of cosmology and new observational tests. His predictions include a key signature of dark energy involving correlations between the temperature of the cosmic background radiation and the distribution of galaxies, which was recently confirmed. He developed the “open inflation” scenario with Stephen Hawking, among others, as well as its principal rival, a cyclic model of the universe, which was proposed with Paul Steinhardt and described in their popular book, Endless Universe: Beyond the Big Bang.

As the Director of Perimeter Institute, Turok leads an international center for scientific research, training and educational outreach in foundational theoretical physics. He also holds the Mike and Ophelia Lazaridis Niels Bohr Chair at the Institute.

Curiosity about the world around him fueled his interest in science from an early age. “As a small boy, I loved playing with water in the sink. It amazed me that the air pressure could hold water in an upturned glass,” Turok said. An interest in his father’s surveying tools and calculator was nurtured by a primary school teacher who encouraged him to do all kinds of experiments: mapping the school, making sundials and electric motors and collecting beetles. “I was most fascinated with biology – living things are awesome. Then, when I attended university, I realized how astonishing it is that we can describe the universe so well with mathematics, in other words do physics.”

In 2001, inspired by his parents, and taking advantage of opportunities in the new South Africa, he worked with friends, colleagues and supporters to create the first campus of the African Institute for Mathematical Sciences (AIMS), a center of excellence for postgraduate education, research and outreach in the mathematical sciences. Since then, AIMS has grown to a network of five centers, including Senegal, Ghana, Cameroon and Tanzania. The goals of AIMS are to promote mathematics and science in Africa, to recruit and train talented students and teachers, and to build capacity for African initiatives in education, research and technology.

“As my own research career progressed, I became increasingly concerned about how to access and enable the vast untapped pool of scientific and technical talent that currently lies wasted in developing countries,” explained Turok.

“I realized it is possible to create outstanding scientific training centers from scratch. This is a relatively low-cost and high-yield investment in brilliant young minds who can be so important to their societies, and who only need an opportunity to flourish. It has been hard work for us all, but incredibly gratifying to see young African scientists – 1,000 of them and counting – emerge from AIMS with the skills and motivation to solve real problems in their countries.”

Through his leadership of both AIMS and Perimeter Institute, Turok has championed fundamental science not only as a means to important discoveries that will shape our technological future, but also as the path to a shared understanding of our universe and our place in it.

“Science is a unifying force for humanity that transcends culture, language, race, and the other artificial boundaries that separate us. We are, as Carl Sagan said, ‘a way for the cosmos to know itself,’ and we all benefit from this pursuit of shared understanding.”

Over his career, Dr. Turok has amassed more than 242 publications and been recognized with numerous awards including the 1992 James Clerk Maxwell Medal, a 2008 TED (Technology, Entertainment and Design) Prize, a 2008 World Summit on Innovation and Entrepreneurship Award for Most Innovative Person (Social Innovation), and the 2010 World Innovation Summit on Education (WISE) Award. He was selected to serve as Canada’s Massey Lecturer for 2012, with his lectures presented on CBC Radio and in the popular book The Universe Within: From Quantum to Cosmos. He has also been chosen as the 2016 Gerald Whitrow Lecturer of the Royal Astronomical Society. 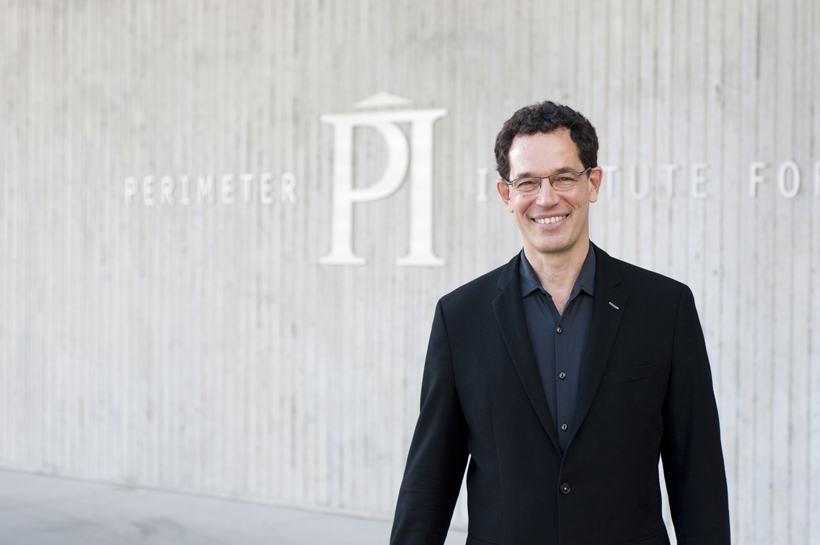 Named for John Torrence Tate in honor of his service to the physics community, the Tate Medal recognizes non-US citizens for international leadership in physics, with an emphasis on leadership, statesmanship, and service to the physics community, as opposed to research achievement. Awarded every two years, it consists of a certificate, a bronze medal and a $10,000 cash award. For more information, see https://www.aip.org/aip/awards/tate-medal.

The American Institute of Physics is an organization of scientific societies in the physical sciences, representing scientists, engineers, and educators. AIP offers information, services, and expertise in physics education and student programs, science communication, government relations, career services for science and engineering professionals, statistical research in physics employment and education, industrial outreach, and the history of physics and allied fields. AIP publishes the flagship magazine, Physics Today, and is home to the Society of Physics Students and the Niels Bohr Library and Archives. AIP owns AIP Publishing LLC, a scholarly publisher in the physical and related sciences. See http://www.aip.org.