WASHINGTON, D.C., OCTOBER 23, 2018 -- The American Institute of Physics announced today the four winners of its 2018 Science Communication Awards for works on planetary astronomy, cutting-edge quantum technology and the detritus of human society.

The awards carry a $3,000 prize, an engraved Windsor chair and a certificate of recognition for each category. The 2018 winners are

"We are thrilled to congratulate the winners of this year's writing awards," said AIP CEO Michael Moloney. "Through great storytelling, their works show us how science can be both familiar and simple, complex and strange, otherworldly and everyday, and above all fascinating and filled with human drama."

2018 marks the 50th anniversary of the awards, which have been given continuously since 1968. 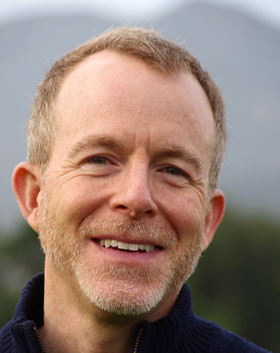 The books prize was awarded to David Baron for "American Eclipse: A Nation's Epic Race to Catch the Shadow of the Moon and Win the Glory of the World," published June 6, 2017, by Liveright Publishing Corporation/ W. W. Norton & Company. The book was supported by the Alfred P. Sloan Foundation.

"American Eclipse" tells the story of the total solar eclipse of July 29, 1878, which crossed the wilds of America's western frontier. The judges had trouble putting Baron's book down, stating that it was more than an eclipse story. It captured the excitement of a young nation exploring the frontiers of science as well as an entire continent.

In telling the story, Baron said he "came to appreciate how a small band of men and women in the 19th century paved the way for the emergence of the United States as the world leader in science."

Baron was inspired to write the book after observing a total solar eclipse in Aruba in 1998, a spectacle he described as "both jaw-droppingly beautiful and deeply moving." He has since traveled the world to witness total solar eclipses across the Americas, Europe, Asia and Australia.

A former NPR science correspondent, Baron serves as a scholar in residence at the Center for Environmental Journalism at the University of Colorado Boulder. His written work has appeared in the New York Times, Los Angeles Times, Boston Globe, Outside, Daily Beast and other publications. He is a three-time recipient of the annual journalism prize from the American Association for the Advancement of Science. 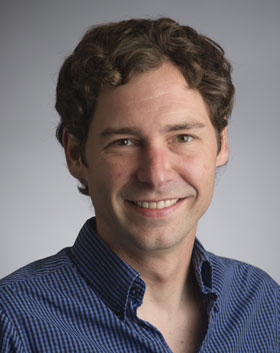 ARTICLES WINNER: HERE, THERE AND EVERYWHERE

The articles prize goes to Jason Palmer for "Here, there and everywhere," published March 9, 2017, in The Economist.

The judges noted, "Palmer's comprehensive and detailed discussion of actual and potential applications of quantum information technology allows a general reader to grasp its significance and to distinguish aspects that are already practical from other [aspects] whose promise has yet to be realized."

After years of writing disparate pieces on various quantum-technology advances, Palmer decided to develop a larger article tying together all the ways in which quantum technology was set to make the leap into the future. "I look forward to taking a look in a few years' time, just to see how these early shoots branch out," Palmer said. "It's a fascinating interplay of complexity science, mathematics and computer science, all riding on top of some of the trickiest physics going."

Palmer studied physics and mathematics at the University of Florida and earned a doctorate in physical chemistry from Imperial College London. He worked as a science and technology reporter at the BBC before accepting a Knight fellowship at the Massachusetts Institute of Technology in 2013. After stints as a science correspondent and editor at The Economist, he will be the host of its upcoming flagship podcast. 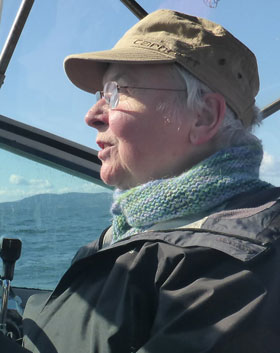 WRITING FOR CHILDREN WINNER: WHAT A WASTE! WHERE DOES GARBAGE GO?

The writing for children prize was awarded to Claire Eamer for "What a Waste! Where Does Garbage Go?" published March 2017 by Annick Press.

Eamer has a particular interest in the detrimental impact of human actions on the environment, including energy use and waste creation. She believes that empowered young people are critical to solving many of the problems that plague the country and the world.

"Our awareness of the impact of waste on global systems is growing rapidly," Eamer said. "I was surprised and pleased with how many people around the world are working in imaginative and creative ways to reduce the amount of waste we create and to mitigate the harm we do to our world through producing so much garbage."

She hopes future books on global waste will have more positive results to report and might even be written by one of today's readers of "What a Waste!"

Eamer is a freelance writer, reporter and an award-winning children's author with a long-standing interest in science, particularly environmental science. She has authored 10 children's books, including five books on science and history and three books on evolution, biodiversity and adaptation and one picture book. She holds two degrees in English. 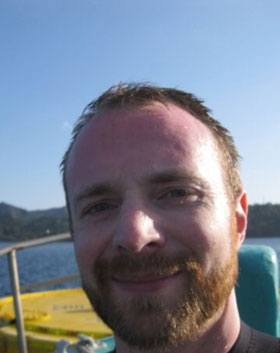 BROADCAST AND NEW MEDIA WINNER: HOW THE UNIVERSE WORKS – SECRET HISTORY OF PLUTO

The broadcast and new media prize goes to Wyatt Channell for "How the Universe Works – ‘Secret History of Pluto,'" which aired in March 2017 on the Science Channel.

The judges cited the easy-to-follow storyline that made the video "effortless to watch." This video series depicts how the universe is put together and works. It provides information about the inner workings of outer space using techniques of modern astronomy.

"Each season we begin the production process by identifying topical, compelling stories in astronomy and cosmology," Channell said. "Covering a once-in-a-lifetime mission like New Horizons [the NASA space probe] was probably the easiest decision we made for that entire season of 'How the Universe Works.'"

Channell is a George Foster Peabody Award-winning production executive, specializing in science and factual programming. He's executive produced more than 900 hours of content for Discovery Channel, Science Channel, Velocity, Investigation Discovery and the American Heroes Channel. He is currently an executive producer at the Science Channel. He earned his bachelor's degree from the University of Maryland and an MBA from the University of Virginia Darden School of Business.

Channell is donating the prize money to Iridescent Learning.

AIP has presented its Science Communication Awards every year since 1968 to recognize the best science writing of the previous year. The award recognizes the writers' efforts to improve the general public's appreciation of the physical sciences, astronomy, math and related scientific fields. For more information, contact writing [at] aip.org or visit https://www.aip.org/aip/awards/science-communication.