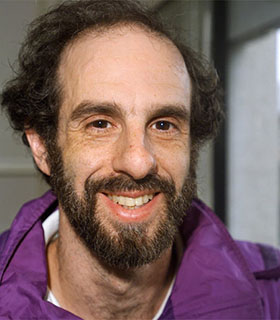 Top prize for leadership in physics to be given to Cornell professor for establishing the first online, open access paper repository system

WASHINGTON, December 19, 2019 -- The American Institute of Physics is pleased to announce Paul Ginsparg, a professor at Cornell University and founder of arXiv, as the winner of AIP’s 2020 Karl Taylor Compton Medal for Leadership in Physics.

Named after prominent physicist Karl Taylor Compton, the medal is presented by AIP every four years to highly distinguished physicists like Ginsparg who have made outstanding contributions through exceptional statesmanship in physics.

In naming Ginsparg, the selection committee cited him “for his paradigm-changing contributions to physics information sharing by inventing, developing and managing the arXiv system for electronic distribution of pre-publication (or preprint) papers. This system provides equitable world-wide access to the forefront of physics research activity, both pre- and post-publication in refereed journal, and has since been emulated by a number of other scientific fields.”

“We are proud to present Paul Ginsparg with the 2020 Karl T. Compton Medal for Leadership in Physics,” said Michael Moloney, chief executive officer of AIP. “Dr. Ginsparg’s development of the arXiv has provided an invaluable resource to the physics community. As the first open access preprint repository, the arXiv system has served as a model followed by many other research fields.”

“Before the Mosaic web browser and before I even had an email account, Prof. Ginsparg recognized the need to drag paper preprints into the digital age by creating arXiv,” added David Helfand, chair of the AIP board of directors. “Open, global communication drives science forward. No longer is the broadcast of a lab’s results hostage to its preprint budget, the number of envelope stuffers it employs or the limited distribution lists that result. The Compton Medal for statesmanship in science is an appropriate recognition of Prof. Ginsparg’s paradigm-changing work to enhance scientific communication worldwide.”

In 2020, Ginsparg will receive the Compton Medal, a certificate of recognition and a check for $10,000.

Paul Ginsparg was born in Chicago. He received his bachelor of arts degree in physics from Harvard University in Cambridge, Massachusetts, and his doctorate in theoretical particle physics from Cornell University in Ithaca, New York, where he has been a professor of physics and information science since 2001.

Prior to returning to Cornell, Ginsparg served in the Society of Fellows and as a faculty member at Harvard. From 1990 through 2001, he was a technical staff member in the theoretical division of Los Alamos National Laboratory. It was at LANL that Ginsparg started the arXiv -- initially called the Los Alamos E-Print Archive -- as a free and open repository of preprint articles in physics. It has since expanded to include articles in other related fields.

For his work on arXiv, Ginsparg has been recognized as a Fellow of the American Physical Society, a MacArthur Fellow and a White House Champion of Change, among other fellowships and honors. He currently serves on arXiv’s Scientific Advisory Board and Physics Advisory Committee.

Throughout his career, Ginsparg’s academic focus has been in the quantum sciences, most recently in quantum information and quantum computing. His current projects include studying the research applications of quantum computing to high energy physics as well as the impacts of machine learning on both quantum physics and information science.

“It’s an incredible honor to have my name appear alongside a distinguished group of physicists, many of whom I’ve known, all of whom I’ve regarded as role models since early in my career,” Ginsparg said.

Ginsparg’s development of arXiv began while he was a staff member at LANL. At the time, authors of research papers mailed photocopies of their preprint papers to a short list of colleagues. Anyone else that wished to see the paper likely had to wait for its official publication. This, according to Ginsparg, led to unintentional unfairness in preprint distribution, as newer researchers or those at less elite institutions were often kept out of the loop. The Los Alamos E-Print Archive was a way to level the playing field.

After receiving its first submission Aug. 14, 1991, the Los Alamos E-Print Archive experienced continued growth. By providing an online platform for papers before most journals had an internet presence, it allowed for the immediate widespread dissemination of work, on top of serving as a one-stop shop for researchers from diverse subfields.

When Ginsparg moved from LANL to Cornell in 2001, the Los Alamos E-Print Archive, since renamed to arXiv, moved with him to be hosted by the Cornell University Library. Though he continues to maintain a level of involvement with the repository, it is now owned and operated by Cornell University and chiefly funded by the university and the Simons Foundation.

ArXiv remains the largest manuscript repository of its type. It surpassed 1 million submissions in 2014, and its submission rate has increased by 40% in the past three years to include more than 155,000 new submissions received in 2019.

ABOUT THE COMPTON MEDAL

The Karl Taylor Compton Medal for Leadership in Physics was established by the American Institute of Physics in 1957 to recognize distinguished physicists who have made outstanding contributions to physics through statesmanship in science. The award is named for Karl Taylor Compton in honor of his service to the physics community. Intended primarily for U.S. physicists, the award is given every four years and consists of a medal, a certificate and a cash award of $10,000. The award is supported by a restricted/endowed fund.