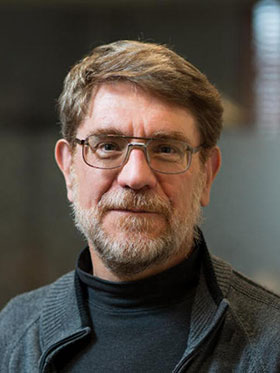 The 2020 Dannie Heineman Prize is awarded to Christopher Kochanek, “who has combined observations and theory to make outstanding contributions to astrophysics in topics ranging from the use of gravitational lenses for studies of dark matter halos and quasar accretion disks, to the lives and deaths of massive stars and the evolution of stellar populations in galaxies and quasars. He has also contributed to a worldwide network of telescopes that monitors transients over the entire sky, opening new avenues for astronomical discovery.”

“AIP is pleased to congratulate Dr. Kochanek for his contributions and his continued work into revealing the secrets of the night sky,” said Michael Moloney, chief executive officer of AIP. “His exploration and search into how large stars die as supernovae and their potential to form black holes could be one of the most exciting challenges of modern astronomy.”

Kochanek said the search for a failed supernova creating a black hole has been an elusive hunt. He isn’t deterred, both continuing the search for new, promising candidates with the Large Binocular Telescope and looking forward to the launch of the James Webb Space Telescope to confirm a current possibility.

“Looking forward to the launch of JWST, as mid-infrared observations with JWST will clearly eliminate or establish the possibility that the first candidate survived but is obscured by dust too cold to see with the Spitzer Space Telescope,” he said. “We are also really excited by our search for noninteracting, compact object, neutron star or black hole, binaries by combining the All Sky Automated Survey for Supernovae (ASAS-SN) project with spectroscopic surveys like the Sloan Digital Sky Survey - APO Galactic Evolution Experiment.”

“I am delighted to hear that Chris Kochanek has been named the 2020 Heinemann Prize winner,” said Megan Donahue, president of AAS. “He joins a very impressive list of past winners. He is a brilliant and versatile astronomer with accomplishments in theory and observations and in topics ranging from gravitational lensing to supernovae. The ASAS-SN project, led by Chris (and coprincipal investigator Krzysztof Stanek at OSU) and his collaborators, has not only yielded a rich trove of transient science for many of us, but the project has also coined one of the more memorable acronyms in astronomy.”

Kochanek credits patience and persistence in the development of the ASAS-SN project. The project started small and doubled its efforts as it found success, similar to the development of the Optical Gravitational Lensing Experiment project that was started in 1992 and continues to run a long-term variability sky survey.

“If we had started out with the system we have today, it would have been a disaster,” Kochanek said. “The transients I have had the most fun with are tidal disruption events. Way back in my thesis, I did the first numerical simulations of a TDE with Chuck Evans, now at the University of North Carolina. Suddenly with ASAS-SN, we were finding more TDEs and collecting better data on them than ever before. A certain symmetry from theory to practice.”

When asked about his most favorite project or discovery, Kochanek likened the choice to picking a favorite child. But he said he has enjoyed his areas of study to date and looks forward to the future with hopeful eyes.

“The great thing about astrophysics is that you can still reach that point (of wanting a change) and just switch to something new.”

Christopher Kochanek is a professor in the department of astronomy at Ohio State. He graduated from Cornell University in 1985 with degrees in physics and mathematics and carried out his first research projects with S. Shapiro and S. Teukolsky, then professors at Cornell. Kochanek received a physics doctorate in 1989 from Caltech, under the supervision of previous Heineman Prize winner Roger Blandford. He was a Theoretical Astrophysics Center postdoctoral student at University of California, Berkeley from 1989 to 1991, a professor in the department of astronomy at Harvard University from 1991 to 1999, and an astrophysicist at the Smithsonian Astrophysical Observatory from 1999 to 2003 before moving to Ohio State as an Ohio Eminent Scholar and professor of astronomy. His present focus is on the deaths of massive stars, searching for failed supernovae with the Large Binocular Telescope, and the All-Sky Automated Survey for Supernovae (ASAS-SN), the first project to search the entire visible sky on a nightly basis for transient phenomena.

The Heineman Prize is named after Dannie N. Heineman, an engineer, business executive, and philanthropic sponsor of the sciences. The prize was established in 1979 by the Heineman Foundation for Research, Education, Charitable and Scientific Purposes, Inc. Awarded annually, the prize consists of $10,000 and a certificate citing the contributions made by the recipient plus travel expenses to attend the meeting at which the prize is bestowed. https://www.aip.org/aip/awards-and-prizes/heineman-astro

The American Institute of Physics is a federation of scientific societies in the physical sciences, representing scientists, engineers, educators, and students. AIP offers authoritative information, services, and expertise in physics education and student programs, science communication, government relations, career services, statistical research in physics employment and education, industrial outreach, and history of the physical sciences. AIP publishes Physics Today, the most closely followed magazine of the physical sciences community, and is also home to the Society of Physics Students and the Niels Bohr Library and Archives. AIP owns AIP Publishing LLC, a scholarly publisher in the physical and related sciences. https://www.aip.org/

The American Astronomical Society (AAS, aas.org), established in 1899 and based in Washington, DC, is the major organization of professional astronomers in North America. Its membership (~8,000) also includes physicists, mathematicians, geologists, engineers, and others whose research and educational interests lie within the broad spectrum of subjects comprising contemporary astronomy. The mission of the AAS is to enhance and share humanity's scientific understanding of the universe, which it achieves through publishing, meeting organization, education and outreach, and training and professional development.