Ole Peters and Murray Gell-Mann discovered a foundational difficulty behind current economic theory. They propose an alternative perspective that provides an elegant -- simple -- solution to many of the open key problems in economic theory.

WASHINGTON, D.C., February 2, 2016 -- In the wake of the financial crisis, many started questioning different aspects of the economic formalism.

This included Ole Peters, a Fellow at the London Mathematical Laboratory in the U.K., as well as an external professor at the Santa Fe Institute in New Mexico, and Murray Gell-Mann, a physicist who was awarded the 1969 Nobel Prize in physics for his contributions to the theory of elementary particles by introducing quarks, and is now a Distinguished Fellow at the Santa Fe Institute. They found it particularly curious that a field so central to how we live together as a society seems so unsure about so many of its key questions.

As they report in the journal Chaos, from AIP Publishing, the story that emerged is a fascinating example of scientific history, of how human understanding evolves, gets stuck, gets unstuck, branches, and so on.

"We found, for instance, that Daniel Bernoulli made an inconspicuous but consequential error in 1738 that was corrected by Laplace in 1814, but reintroduced by Menger in 1934," said Peters. "This is one factor that held back the development of our perspective."

The key concepts of time and randomness are at the heart of their work. "Questions of an economic nature stood at the beginning of formal thinking about randomness in the 17th century," he explained. "These are all relatively young concepts -- there's nothing in Euclid about probability theory." Think of it simply in terms of: Should I bet money in a game of dice? How much should I pay for an insurance contract? What would be a fair price for a life annuity?

"All of these questions have something to do with randomness, and the way to deal with them in the 17th century was to imagine parallel worlds representing everything that could happen," Gell-Mann said. "To assess the value of some uncertain venture, an average is taken across those parallel worlds." 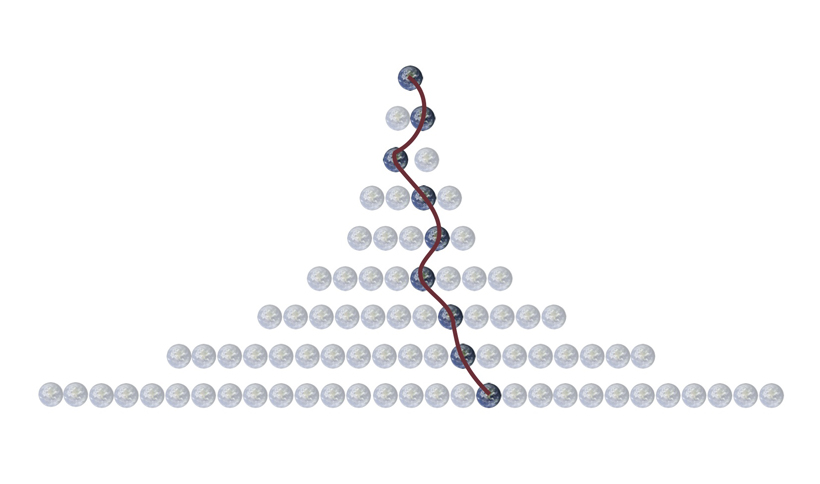 This concept was only challenged in the mid-19th century when randomness was used formally in a different context -- physics. "Here, the following perspective arose: to assess some uncertain venture, ask yourself how it will affect you in one world only -- namely the one in which you live -- across time," Gell-Mann continued.

The real impact of this second perspective comes from acknowledging the omission of the key concept of time from previous treatments. "We have some 350 years of economic theory involving randomness in one way only -- by considering parallel worlds," said Peters. "What happens when we switch perspectives is astonishing. Many of the open key problems in economic theory have an elegant solution within our framework."

In terms of applications for their work, its key concept can be used "to derive an entire economic formalism," said Peters. In their article, Peters and Gell-Mann explore the evaluation of a gamble. For example, is this gamble better than that gamble? This is the fundamental problem in economics. And from a conceptually different solution there follows a complete new formalism.

They put it to the test after their friend Ken Arrow -- an economist who was the joint winner of the Nobel Memorial Prize in Economic Sciences with John Hicks in 1972 -- suggested applying the technique to insurance contracts. "Does our perspective predict or explain the existence of a large insurance market? It does -- unlike general competitive equilibrium theory, which is the current dominant formalism," Peters said.

And so a different meaning of risk emerges -- taking too much risk is not only psychologically uncomfortable but also leads to real dollar losses. "Good risk management really drives performance over time," Peters added. "This is important in the current rethinking of risk controls and financial market infrastructure."

This concept reaches far beyond this realm and into all major branches of economics. "It turns out that the difference between how individual wealth behaves across parallel worlds and how it behaves over time quantifies how wealth inequality changes," explained Peters. "It also enables refining the notion of efficient markets and solving the equity premium puzzle."

One historically important application is the solution of the 303-year-old St. Petersburg paradox, which involves a gamble played by flipping a coin until it comes up tails and the total number of flips, n, determines the prize, which equals $2n. "The expected prize diverges -- it doesn't exist," Peters elaborated. "This gamble, suggested by Nicholas Bernoulli, can be viewed as the first rebellion against the dominance of the expectation value -- that average across parallel worlds -- that was established in the second half of the 17th century."

What's the next step for their work? "We're very keen to develop fully the implications for welfare economics and questions of economic inequality. This is a sensitive subject that needs to be dealt with carefully, including empirical work," noted Peters. "Much is being done behind the scenes -- since this is a conceptually different way of doing things, communication is a challenge, and our work has been difficult to publish in mainstream economics journals."

Their results described in Chaos are easily generalized, which is necessary to reinterpret the full formalism. But it "may not add very much in practical terms, and it gets a little technical." So that's a future "to-do item" for Peters and Gell-Mann.

"Our Chaos paper is a recipe for approaching a wide range of problems," said Peters. "So we're now going through the entire formalism with our collaborators to see where else our perspective is useful."