Interview with Sally Dawson, Senior Scientist at Brookhaven National Laboratory and head of the high energy theory group there. Dawson recounts her childhood in Cleveland where her father was a rocket scientist for NASA. She describes her undergraduate education at Duke and how she came to focus on physics. Dawson cites the formative influence of Howard Georgi during her graduate work on proton decay and precision calculations at Harvard. She discusses her postdoctoral research in the theory group at Fermilab and her focus on some of the theoretical implications of the Tevatron project. Dawson surveys the research on supersymmetry and the Higgs mass at that time, and she explains her decision to join the scientific staff at Brookhaven where Mike Creutz and Bill Marciano were doing research of interest to her. Dawson discusses her long-term efforts to search for new physics beyond the Standard Model and she describes her book the Higgs Hunter’s Guide. She surveys what is known and unknown about the Higgs boson, and she discusses the g-2 muon experiment at Brookhaven and its relation to the current experiment at Fermilab. Dawson explains the value of the Snowmass process in achieving a high-level and future-oriented view of where the field is headed, and why the discovery of the Higgs demonstrated the overall accuracy of the Standard Model. She surveys the new questions that can be probed following the Higgs discovery and the complementary nature of neutrino precision measurements for this research. At the end of the interview, Dawson discusses her outreach efforts to emphasize that particle theory is not “dead,” why she sees advisory work as a vital service to the field, and why over the course of her career, experimentalists have provided more guidance to theorists, and not vice-versa.

Interview with Willy Haeberli, Professor of Physics Emeritus at the University of Wisconsin in Madison, Wisconsin. Haeberli recounts his childhood in Basel, Switzerland, and he describes his experiences as a student during World War II. He discusses his early interest in physics and his decision to pursue nuclear physics at the University of Basel under the direction of Paul Huber. Haeberli describes his graduate research on the ionization of gasses by alpha particles, and he describes the circumstances leading to his subsequent postdoctoral job at the University of Wisconsin, where he was attracted to work with Raymond Herb in accelerator physics. He explains some of the scientific and cultural adjustments in order to settle in at Madison, and he describes the central questions of the structure of atomic nuclei that propelled nuclear physics at that time. He describes his subsequent research at Duke University before returning to Madison to join the faculty, he describes his many research visits to ETH Zurich, the Max Planck Institute, Fermilab, Saclay, and at DESY in Hamburg, and he offers insight on some of the differences in approach between American and European accelerator labs. Haeberli reflects on his contributions to the study of polarized protons and deuterons and angular momentum assignments. He discusses his work developing gas targets of pure spin polarized hydrogen and deuteron atoms, and he describes the critical support of the DOE and the NSF for this research. Haeberli shares his feelings on being elected to the National Academy of Sciences, and he explains his preference teaching undergraduates to graduate students. At the end of the interview, Haeberli describes how the department of physics at Wisconsin has changes over his decades of service, and he explains how only with the benefit of historical hindsight can one distinguish the truly important advances in the field. 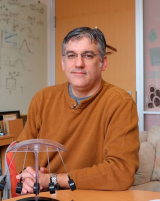 Interview with Christopher Monroe, Gilhuly Family Distinguished Presidential Professor of Physics and Electrical Computer Engineering at Duke University. Monroe discusses his ongoing affiliation with the University of Maryland, and his position as chief scientist and co-founder of IonQ. He discusses the competition to achieve true quantum computing, and what it will look like without yet knowing what the applications will be. Monroe discusses his childhood in suburban Detroit and his decision to go to MIT for college, where he focused on systems engineering and electronic circuits. He explains his decision to pursue atomic physics at the University of Colorado to work under the direction of Carl Wieman on collecting cold atoms from a vapor cell, which he describes as a “zig zag” path to Bose condensation. Monroe discusses his postdoctoral research at NIST where he learned ion trap techniques from Dave Wineland and where he worked with Eric Cornell. He explains how he became interested in quantum computing from this research and why quantum computing’s gestation period is stretching into its third decade. Monroe explains his decision to join the faculty at the University of Michigan, where he focused on pulsed lasers for quantum control of atoms. He describes his interest to transfer to UMD partly to be closer to federal entities that were supporting quantum research and to become involved in the Joint Quantum Institute. Monroe explains the value of quantum computing to encryption and intelligence work, he describes the “architecture” of quantum computing, and he narrates the origins of IonQ and the nature of venture capitalism. He discusses China’s role in advancing quantum computing, and he describes preparations for IonQ to go public in the summer of 2021. At the end of the interview, Monroe discusses the focus of the Duke Quantum Center, and he asserts that no matter how impressive quantum computing can become, computer simulation can never replace observation of the natural world. 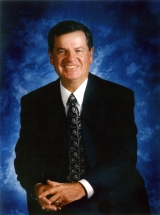 In this interview, David Zierler, Oral Historian for AIP, interviews John Browne, former Director of Los Alamos Laboratory. Browne recounts his working-class childhood in Pennsylvania. He discusses his early interests in science and the influence of his father, who was an electrician. He explains his decision to attend Drexel, and the factors leading his commitment to major in physics. Browne describes his graduate studies at Duke University, where he worked on techniques to create a feedback system with an atomic beam and a molecular beam. He discusses his decision to join Lawrence Livermore National Laboratory and then Argonne National Laboratory. The bulk of the interview concerns Browne’s tenure at Los Alamos where he worked on the weapons program and diagnostic testing. He discusses his promotions at Los Alamos and his increasing communication with the DOE on policy relevant issues. Browne discusses his decision to accept the directorship at Los Alamos and the numerous security and accounting issues he had to deal with, which included the major security breach involving Wen Ho Lee. He discusses the creation of the NNSA and the impact of September 11th on Los Alamos and the national security world generally, and in the last portion of the interview, Browne describes his ongoing work in consulting and professional service.

Interviewed by
Finn Aaserud
Interview dates
May 20 and 21, 1987
Abstract

Early education and exposure to field; attends Duke University; graduate work at California Institute of Technology; Caltech environment; work with Smythe; develops interest in spectroscopy. Accepts position at Bell Laboratories; shift from research to engineering; attempts to pursuade Bell Labs to become involved in microwave spectroscopy. Impact of war on development of spectroscopy and physics in general. Interest in astronomy. Accepts I. I. Rabi's job offer at Columbia; work conditions at Columbia versus Bell Labs. Forms advisory committee on millimeter waves; on Navy committee for infrared radiation; feelings about committee work. Work on service advisory committees prior to position as director of research at the Institute for Defense Analysis (IDA). Involvement in Office of Naval Research (ONR) committees on millimeter waves and infrared radiation; purpose and outcome of work, including development of maser concept; participation in non-service advisory committees; work at Brookhaven National Laboratory. Acceptance of IDA position; circumstances and considerations involved; views on direction of IDA. Involvement in establishing JASON?establishing clearances, convincing Pentagon. JASON organizational structure; selection of projects and members; extent of Townes' own involvement in projects; impact of JASON on government advising and social policy.

Childhood and youth; his family life and siblings; eduation at Furman during the Depression, 1931-1935; merit scholarship. Graduate study at Duke University in 1936; shifts to Caltech during second year; early interest in astronomy; works with Fred Zwicky. His first job and Bell Telephone Laboratories, from 1939-1947; scientific associates (Deal Woodridge, William Schokley). Discussion of work on microwave spectroscopy and NH3 spectrum; competition with Bleaney and Good. Accepts I. I. Rabi's offer to join Columbia University faculty in 1948. Interest in molecules, atoms (not solid state physicians), and in short microwaves; comments on teaching, students and faculty; department head from 1952-1955. Inventions of the maser and laser in the 1950s, background ideas; Teshkas' and Lambs' writings on stimulated emission. Purcell, Pound, Dicke did not think of maser; discussion of effects contributing to the appearance of stimultaneity of inventions. Masers in radioastronomy; consultantship at BTL; joint laser invention with Arthur Schawlow. Interactions with Gordan Gould; BTL's interest in the laser.