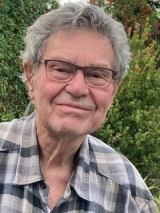 In this interview, David Zierler, Oral Historian for AIP, interviews Laurence Peterson, Professor Emeritus of Physics at UC San Diego and former director of the Center for Astrophysics and Space Sciences. He describes his childhood in rural Wisconsin and his early interests in electricity. He describes his undergraduate education at the University of Minnesota in Minneapolis and how he got involved in cosmic ray balloon research. Peterson discusses his formative relationship with John Winckler, how he developed his graduate interests in auroral X-rays, and he explains his decision to join the faculty at UC San Diego. He explains his ongoing research in detecting cosmic X-rays, and the challenges he faced in creating the High-Energy astronomy group there. Peterson discusses his long-range collaboration and advisory work with NASA and what it was like to be involved in these efforts in the heyday of the Space Race. He discusses his work studying Gamma Ray lines and he surveys the achievements of the OSO-1, OSO-3, and OSO-7 endeavors. Peterson describes the work done by NASA’s High Energy Astronomical Observatories project, and at the end of the interview, he reflects on some of the most important things he has learned over the course of his career in X-ray astronomy, and how lucky he feels that his career began right at the dawn of the Space Age.

Interview with Patricia Kuhl, Professor of Speech and Hearing Sciences and co-director of the Institute for Learning and Brain Sciences (I-LABS) at the University of Washington. Kuhl describes joining the Acoustical Society of America (ASA) while a grad student at the University of Minnesota and discusses her over 50 years of membership. She served on the Executive Council of the ASA and was the first female President of the society in 1999 and 2000. Kuhl discusses her research in language acquisition and the neurobiology of language, and she explains the support and mentorship she has received over the years from the ASA and her mentors within. Kuhl also recounts her childhood in South Dakota and Minnesota, and her early interests in philosophy and math. She describes her time as an undergraduate at Saint Cloud University where she studied speech science and psychology, before pursuing a master’s and PhD at the University of Minnesota. Kuhl also speaks about her experiences as a postdoctoral researcher at the Central Institute for the Deaf. She shares fond memories of her time in the ASA and describes the society as being like a family. 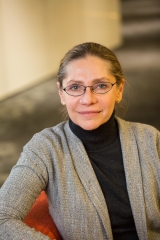 Interview with Stanley Brodsky, Professor Emeritus at SLAC. Brodsky surveys his current projects after his retirement last year following 54 years of service to SLAC; they include new initiatives on hadron physics and his interest in the muon G-2 experiment at Fermilab. He recounts his upbringing in St. Paul, his early interests in electrical engineering, and his decision to stay close to home and attend the University of Minnesota for his undergraduate education. He explains his decision to remain at Minnesota for his thesis research, where he worked under the supervision of Donald Yennie on computing atomic levels from first principles in quantum electrodynamics. Brodsky describes his postdoctoral appointment at Columbia, where he worked with Sam Ting at DESY computing the QED radiative corrections for Bethe-Heitler pair production. He recalls his original contact with Sid Drell and his decision to come to SLAC to join the theory group in support of the many experimental programs in train, and he recounts the November Revolution and Sam Ting’s visits to SLAC. Brodsky describes some of the key differences in East Coast and West Coast physics in the 1970s, and he discusses his collaboration with Peter Lepage at the beginning of QCD’s development. He highlights the importance of thinking beyond conventional wisdom and he references his work on intrinsic heavy quarks to illustrate the point. Brodksy discusses his research on the Higgs VEV and the long range value of the Brodsky-Lepage-Mackenzie procedure, and he reflects on the many surprises in QCD color confinement that he has encountered. He explains the value of supersymmetry in his research and he considers why it has not been seen yet and why Maldacena’s work on AdS/CFT has been revolutionary. Brodsky describes SLAC’s increasing involvement in astrophysics and how he has managed his research agenda by working on many different projects at the same time. At the end of the interview, Brodsky emphasizes the significance of Bjorken scaling, he historicizes the first work in physics that explored beyond the Standard Model, and he reflects on the importance that luck has played in his career, simply by finding himself, at so many junctures, in being at the right place at the right time. 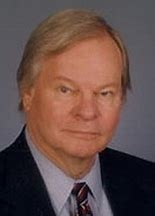 In this interview, David Zierler, Oral Historian for AIP, interviews Thomas H. Epps, III, the Thomas and Kipp Gutshall Professor of Chemical and Biomolecular Engineering at the University of Delaware. Epps describes his involvement and leadership in several research ventures in materials at Delaware and some of the challenges regarding lab work during the coronavirus pandemic. He recounts his childhood in Virginia and the influence of his parents, both of whom were university professors, and he discusses his early interests in math and sciences in high school which culminated in a formative project at NASA Langley. Epps describes his undergraduate research at MIT where he pursued a degree in chemical engineering and where he solidified his multidisciplinary approach to the field. He explains his decision to attend the University of Minnesota for graduate school, where he worked under the direction of Frank Bates on polymers and nanostructure membranes. Epps describes his choice not to enter industry after graduate school, and he explains his decision to conduct postdoctoral work with Mike Fasolka on polymer-thin films at NIST. He explains the circumstances leading to him joining the faculty at Delaware, and he describes his excitement at the prospect of serving on and creating many research endeavors across the university. Epps discusses his broad interests in biotechnology and fuel cells, and he describes Delaware’s leadership role in its partnership with the Department of Energy in pursuing sustainable energy sources. He describes what chemical engineers can contribute to Covid-19 research, and he reflects on the ways STEM has, and has not, become more inclusive and diverse over the course of his career. At the end of the interview, Epps describes the ranges of research endeavors in the material sciences that excite him most as he looks to the future.

This interview begins with a lengthy discussion of his family history, and more personal anecdotes emerge throughout the interview.  After the family history, Broxon discusses his undergraduate education at Wabash College.  There is a brief discussion of Broxon's Law, concerning the flow of electricity inside the sun and around sunspots.  Broxon then goes on to discuss his scientific training at the University of Minnesota, his early experiences at Yale, and the construction of early ionization chambers.  The subject then changes to a brief account of his time associated with the Manhattan Project, both in Chicago and Los Alamos.  The interview concludes with a few personal reminiscences, prompted by photographs in Broxon's personal albums.  Other affiliations discussed include Dr. W.F.G. Swann and Oliver C. Lester.