Interview with Jay Pasachoff, Field Memorial Professor of Astronomy at Williams College. Pasachoff discusses his childhood in New York City and his early interests in astronomy, telescopes and math. He recalls participating in a summer math program at Berkeley after his high school graduation, before he enrolled at Harvard as an undergrad. He recounts being invited to partake in observational research at Sacramento Peak Observatory, where he worked with Jacques Beckers and Bob Noyes. Pasachoff then explains his decision to continue at Harvard for his graduate studies, where Bob Noyes became his thesis advisor. He remembers finishing his PhD while also working at the Air Force Cambridge Research Laboratory, doing radio astronomy work. Pasachoff discusses the events that led to his postdoc at Caltech, and his subsequent move to Williams College. Throughout the interview, Pasachoff remembers many of the solar eclipses he has observed and his research surrounding them. He also discusses the many textbooks he has written over the years. 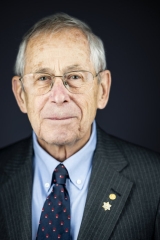 Interview with Alan Rogers, Research Affiliate and retired as Associate Director of the MIT Haystack Observatory. Rogers discusses his current work on the EDGES project and he suggests the possibility that this research will yield insights on the nature of dark energy. He recounts the circumstances of his birth in Rhodesia and the opportunities that led his family to the United States. Rogers discusses his education at MIT, his interest in radio astronomy, and his research under the direction of Alan Barrett. He narrates the origins of Very Long Baseline Interferometry and its application at the Haystack Observatory. Rogers explains geodesy and why the Mansfield Amendment changed the funding structure at Haystack. He describes becoming Associate Director of Haystack and how he became involved in cell phone infrastructure projects in the 1990s. Rogers explains how EDGES started, its value for measuring ozone concentrations, and he discusses his work for the Event Horizon Telescope. He explains his research contributions for the discovery of hydrogen in the early, cold universe and the value he places on the SRT telescope for educational purposes. At the end of the interview, Rogers explains his desire to expand understanding of low-frequency arrays, particularly in the SKA. 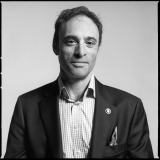 Interview with Sheperd Doeleman, an astronomer at the Harvard Smithsonian Center for Astrophysics, founding member of the Black Hole Initiative, and founding director of the Event Horizon Telescope. He surveys his global initiatives and his interest in fostering black hole research in Africa and he describes how the pandemic has slowed down his work. Doeleman affirms that he is of the generation for which black holes were always “real” and not theoretical abstractions, and he provides a history of the discovery that supermassive black holes were at the center of galaxies. He reflects on the applied science that was achieved in the course of creating EHT, and he describes the unique values that land and space-based telescopes offer. Doeleman recounts his childhood in Oregon and his admission to Reed College when he was fifteen. He explains his motivations in completing a solo research mission in Antarctica and he describes the opportunities that led to his graduate research at MIT, where he worked with Alan Rogers at the Haystack Observatory on the 3mm VLBI. Doeleman narrates the technical advances that allowed his team to achieve an eight-fold increase in bandwidth, and he describes the EHT’s administrative origins and the events leading to the measurement of the Sagittarius A* black hole. He describes what it meant to image the black hole, and he conveys the deep care and caution that went into the analysis before EHT was ready to publicize its findings. Doeleman discusses winning the Breakthrough Prize as the public face of a large collaboration, and at the end of the interview, he considers the ways that EHT’s achievement can serve as a launchpad to future discovery. 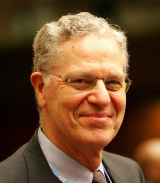 In this interview, David Zierler, Oral Historian for AIP, interviews Edmund Bertschinger, professor of physics at MIT. Bertschinger recounts his childhood in California and he describes how his natural curiosities developed into academic talents in math and science. He describes his undergraduate work at Caltech where he became interested in radio astronomy. Bertschinger describes his decision to pursue a Ph.D. under the direction of Arno Penzias at Princeton, and he explains the formative influence of Steve Weinberg’s book The First Three Minutes. He describes how he came to work with Jerry Ostriker on galaxy formation. Bertschinger describes some of the administrative decisions that defined where cosmology and astrophysics were studied at Princeton. He explains how he developed his interest in social issues including nuclear disarmament, and why he initially pursued a career at the State Department. Bertschinger discusses his postdoctoral work at the University of Virginia with Roger Chevalier and his next postdoctoral position at Berkeley where he worked with Chris McKee. He explains the importance of charge-coupled device detectors as a key technology advance for astronomy, and he describes the circumstances leading to his decision to join the faculty at MIT. Bertschinger recounts how his social interests had became increasingly focused on gender issues and how, in his view, the toxic masculinity that pervaded cosmology pushed him further and further from the field. He describes his ongoing interest in nuclear and social issues, and at the end of the interview, Bertschinger explains that he has been fortunate to have been able to shift his current research interests while remaining within the physics department. 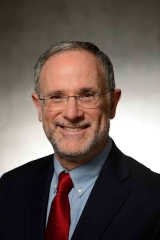