Interview with Thomas Witten, Homer J. Livingston Professor, Emeritus, in the Department of Physics, James Franck Institute. Witten recounts his childhood in Maryland, Utah, and then Colorado, as his father, a medical doctor moved jobs, and he describes his undergraduate experience at Reed College and where majored in physics and where he benefited from excellent attention from the professors. He discusses his graduate work at UC San Diego, where he was advised by Shang Ma working on two-dimensional charged Bose gas research, and he describes his postdoctoral research at Princeton to work with John Hopfield. Witten conveys the exotic nature of Ken Wilson’s ideas on renormalization during that time, and he explains the origins of soft matter physics as a distinct field and his work at Saclay before joining the faculty at the University of Michigan. He describes his subsequent research on pushing concepts of renormalization into polymers and related work on the Kondo effect. Witten explains his decision to join the research lab at Exxon, and he conveys Exxon’s emulation of Bell Labs as a place where he could pursue basic science within an industrial research lab, and where he could continue his work on polymers. He describes the downsizing of the lab and his decision to join the faculty at the University of Chicago, and his discusses his developing interests in buckyballs and capillary flow. Witten describes his affiliation with the James Franck Institute and its rich history, and he explains his current interests in granular materials, thin sheets, and colloidal rotation. At the end of the interview, Witten emphasizes the technological impact of fast video on soft matter physics and his interest in the physics of crumpling objects. 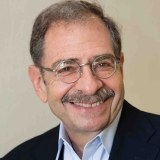 In this interview, David Zierler, Oral Historian for AIP, interviews Marc Kastner, Donner Professor of Physics at MIT and senior science advisor to the Science Philanthropy Alliance. Kastner explains the nomenclature transition from solid state to condensed matter physics, and he surveys the interplay between theory and experiment in his field.  He recounts his childhood in Ottawa and the influence of his father, who was an experimental physicist, and he explains the opportunities that led to his admission to the University of Chicago. Kastner explains his decision to remain at Chicago for graduate school to work under the direction of Hellmut Fritzsche on optical properties of semiconductors under pressure. He discusses his postdoctoral appointment at Harvard to work with Bill Paul on amorphous silicon, and his connection to David Adler who facilitated his faculty appointment at MIT. Kastner describes his work on amorphous semiconductors and transient excitation and his collaboration with Bob Birgeneau on high Tc. He discusses Joe Imry’s work on heterostructures and subsequent research on the Kondo effect, and how he came to understand the significance of his discovery of the single-electron transistor. Kastner discusses his tenure as department chair, director of MRSEC, and dean of science, and he explains his decision to retire and to join the Science Philanthropy Alliance. He describes his current work with his former student David Goldhaber-Gordon and his excitement over the current research on twistronics. At the end of the interview, Kastner reflects on the role of luck in his career, the centrality of technological advance in his research and what we can learn about physics more broadly as a result of the single-electron transistor. 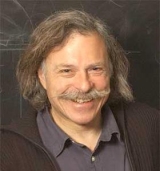 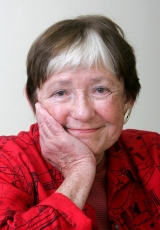 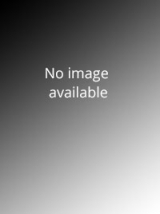