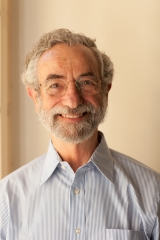 Interview with Dr. Elliot H. Lieb, professor of physics emeritus and professor of mathematical physics at Princeton University. Lieb opens the interview discussing the primary differences between physical mathematics and mathematical physics, and he outlines how modern mathematical ideas have been used in physics. The interview then looks to the past, to Lieb’s childhood and adolescence in New York City, where his passion for physics began. Lieb discusses his experience as a student at MIT, particularly his political involvement during the McCarthy Era. He also mentions his time working at Yeshiva University, and compares the political sentiment there to that at MIT and other universities around the United States. He talks about the work he was able to do abroad in the United Kingdom, Japan, and Sierra Leone, and about the lessons he learned from each of these experiences. Eventually, Lieb returned to Boston and joined the applied math group at MIT, while also working on the six-vertex ice model. In 1975, Lieb moved to Princeton, where he has collaborated with a number of scientists on a variety of topics and papers, including the 1987 AKLT Model (Affleck, Kennedy, Lieb, and Tasaki). The interview ends with Lieb looking to a future of continued experimentation and collaboration on the subjects that interest him most.

Interview with Stephen Fulling, Professor of Mathematics and of Physics and Astronomy at Texas A&M University. Fulling explains the history of why his primary academic department is math and how the field of general relativity became more directly relevant to observational cosmology in the 1960s and 1970s. He recounts his middle-class upbringing in Indiana and his dual interests in math and physics which he developed during his undergraduate years at Harvard. Fulling discusses his graduate work at Princeton, where Arthur Wightman supervised his research. He explains the contemporary controversy over the Casimir effect and his interest in the Minkowski vacuum, and he discusses his postdoctoral appointment at UW-Milwaukee. Fulling describes his work on Riemannian spacetime and Robertson-Walker spacetime, and he explains the opportunity that led him to the University of London, where black holes was a focus of research. He describes meeting Paul Davies and Chris Isham and how the field started to take black holes seriously as observable entities in the 1980s. Fulling explains his longstanding interest in asymptotic expansion and he surveys more recent advances in the Casimir effect. He reflects on the Unruh effect as it approaches its 50th anniversary, and he addresses the disagreement on whether or not it has been observed and whether the Unruh effect implies Unruh radiation. At the end of the interview, Fulling discusses his current interests in the soft wall problem and acceleration radiation, and he explains his ongoing interest in seeing advances in research on Casimir energy. 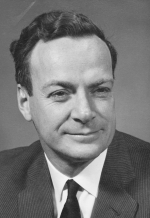 Interview focusses on early life in Vienna, family and religion; atmosphere in Vienna in early 1930s; growth of interest in mathematical physics; anti-Semitism in Vienna; influence of history teacher and rejection of religion; influence of reading Eddington and Jeans in the mid-1930s; further study in England and contact with Eddington; Trinity College, 1937-1940; study with Besicovitch; collapse of plebiscite and family in Vienna; internment during World WarII; graduate study with Harold Jeffreys; naval radar, 1942; associates during war and circle at Cambridge; development of radar research team with Gold and Hoyle; developing astronomical interests, 1943; early research on accretion and evolution; cosmology; general relativity; contact with Dyson, Lighthill and W.H. McCrae; work in theoretical stellar structure; the problem of red giants; Hoyle's theory of stellar evolution; Hoyle-Lyttleton red giant models; growing interests in cosmology and discussion of Tolman and Hubble; the Steady State Cosmology; reactions to Steady State theory; gravitational theory and relativity circa 1955.