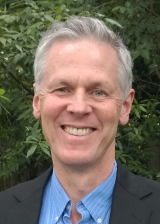 In this interview, Andreas Albrecht, Distinguished Professor of Physics and Director of the Center for Quantum Mathematics and Physics (QMAP) at the University of California, Davis, discusses his life and career. Albrecht describes the growth of the department since his arrival, his affiliation with QMAP, and the broader effort to integrate more mathematicians into the field of cosmology. He recounts his childhood in Ithaca as the son of two PhD scientists and family sabbatical visits to Santa Cruz and to the Soviet Union. Albrecht describes his budding interests in physics in high school, his undergraduate experience at Cornell and his early exposure to the ideas of Robert Dicke and Alan Guth. He discusses his graduate work at Penn and the circumstances that led him to become Paul Steinhardt’s mentee in cosmology. Albrecht conveys all of the excitement surrounding inflationary cosmology in the early-mid 1980s and the opportunity that led to his postdoctoral appointment with Steve Weinberg’s group at the University of Texas where he became interested in cosmic strings. He describes his subsequent postdoctoral appointment at Los Alamos where he worked with Wojciech Zurek and where his carpools with Geoffrey West proved to be a formative intellectual experience. Albrecht explains his decision to accept a staff position at Fermilab and the contemporary advances in cosmic strings scaling and why primordial nucleosynthesis was uniquely data-oriented relative to other fields in cosmology. He describes his subsequent faculty position at Imperial College in London and he emphasizes the productive and tight-knit cosmology community across the UK. Albrecht conveys the importance of the cosmic microwave background (CMB) experiments and how his ideas of equilibrium cosmology had changed over time and where the term “Boltzman Brains” originated. He describes how UC Davis was rapidly growing and how the opportunity to build a cosmology group was appealing to him. Albrecht explains the origins of his “arrow of time” concept and why this resonates with the broader public’s interests in the universe. He conveys the existential difficulty, and possible impossibility, of developing a credible theory of the beginning of the universe. Albrecht reflects on the spiritual dimensions of cosmological unknowability and the significance of the anthropic principle, and he discusses his efforts as department chair to enhance diversity in the field. At the end of the interview, Albrecht discusses his current work on decoherence and einselection, and he explains why avoiding prejudices in one’s scientific sensibilities is both singularly difficult and key to unlocking future discovery.

This interview discusses Robert Dicke's childhood experiments; early reading; education at University of Rochester; attitudes of older scientists about research in relativity; work on the Eotvos experiment; early reading in cosmology; early work in the 1950s setting a limit to the cosmic background radiation; motivation for predicting the cosmic background radiation; preference for an oscillating universe; Dicke's evening seminars at Princeton; the origin of the flatness problem, which Dicke first proposed in 1969; Dicke's lecture at Cornell on the flatness problem, attended by Alan Guth; the anthropic argument in connection with the flatness problem; attitude toward the inflationary universe model; attitude toward Center for Astrophysics (CfA) red shift surveys by de Lapparent, Margaret Geller, and John Huchra; Dicke's amazement at the existence of so much matter in the universe; discussion of the anthropic principle; images and metaphors in scientific work; the relationship between theory and observations in cosmology; attitude toward extrapolating the big bang model back to very early time; why Dicke prefers an oscillating universe; the origin of the universe; the question of whether the universe has a point; the question of why cosmology was not taken seriously as a science for a long time.