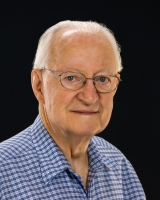 Interview with Peter L. Bender, Senior Research Associate at the University of Colorado and the Joint Institute for Laboratory Astrophysics (JILA) in Boulder. Bender recounts his childhood in New Jersey, he describes his undergraduate focus in math and physics at Rutgers, and he explains his decision to pursue a graduate degree in physics at Princeton to work with Bob Dicke. He discusses his dissertation research on optical pumping of sodium vapor, which was suggested by Dicke as a means of doing precision measurements of atoms. Bender discusses his postdoctoral research at the National Bureau of Standards, where he focused on magnetic fields and he narrates the administrative and national security decisions leading to the creation of JILA in Boulder, where the laboratory would be less vulnerable to nuclear attack. He describes his work on laser distance measurements to the moon and his collaborations with NASA, and he discusses his long-term advisory work for the National Academy of Sciences and the National Research Council. Bender describes the origins of the NASA Astrotech 21 Program and the LISA proposal, he explains his more recent interests in massive black holes, geophysics and earth science, and he explains some of the challenges associated with putting optical clocks in space. At the end of the interview, Bender reflects on the central role of lasers in his research, and he explains the intellectual overlap of his work in astrophysics and earth physics, which literally binds research that is based both in this world and beyond it. 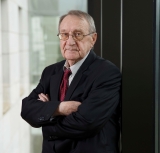 Interview with Roald Sagdeev, professor of physics emeritus at the University of Maryland. He recounts his family’s ethnic Tatar heritage, his childhood in Kazan, and his family’s experience during World War II. Sagdeev describes his physics education at Moscow State University, and how he felt regarding the larger issues of physics and Soviet national security – especially during his time in Sarov, which was the equivalent of Los Alamos National Lab for nuclear weapons research. He discusses his work on radiation transport in stellar atmospheres, his subsequent research at the Kurchatov Institute, and his graduate research in controlled nucleosynthesis under the direction of Lev Landau. Sagdeev describes this time as the origins of his expertise in plasma physics and he explains the work he was doing at a classified site in Siberia. He explains how major Cold War events including the Cuban Missile Crisis and nuclear diplomacy affected his career and his moral satisfaction in not contributing to weapons science. Sagdeev discusses his work at the Institute of Physics of High Temperatures, and his developing interests in astrophysics, and he explains his subsequent tenure at the Space Research Institute of the Academy of Sciences, and why the American moon landing demonstrated that Russia had ceded its dominance in the Space Race. He explains why manned space missions were always more politicized than unmanned missions and describes the political value of the Soviet-US Soyuz-Apollo test project as an opportunity for “hand shaking in space.” Sagdeev discusses his experiences advising Gorbachev on disarmament negotiations, and he shares his perspective on SDI and why it was actually the Pershing missile system that contributed more to the Soviet collapse than U.S. defense spending under Reagan. He describes witnessing the end of the Cold War as watching a movie in slow motion, and he explains how he met Susan Eisenhower and the circumstances leading to his move to the United States, where he joined the faculty at the University of Maryland and served as an adviser to NASA. Sagdeev explains his current interests in intergalactic shock waves and he shares his ideas on the newly formed U.S. Space Force and the weaponizing of space. At the end of the interview, Sagdeev shares that if he could start his career all over again, he would focus on neuroscience.

Interview with Stephen Seltzer, retired from the National Institute of Standards and Technology where he was Leader of the Dosimetry Group in the Radiation Physics Division. Seltzer discusses his current interests in photoelectric cross sections and he explains why NIST supports research in radiation physics. He recounts his childhood in the Washington DC area, he describes his education at Virginia Tech and his first job at the National Bureau of Standards. Seltzer describes the advances in ionizing radiation at NIST during his junior years and the formative mentorship provided by Martin Berger and his pioneering work in radiation science and Monte Carlo calculations. He explains why Monte Carlo codes provide a solution to the Boltzmann Transport Equation and why electron transport research provides value to space exploration and how NIST contributed to proton therapies for cancer. Seltzer discusses his administrative service as leader of the Radiation Interactions and Dosimetry Group, and he explains his motivations to serve as a mentor to younger colleagues at NIST. At the end of the interview he reflects on the budgetary environment at NIST over his tenure and why young physicists should consider NIST as an excellent place to pursue a career. 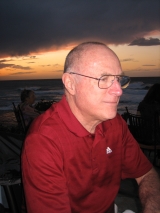 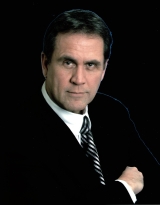 In this interview, David Zierler, Oral historian for AIP, interviews Jerry C. Elliot-High Eagle, president and CEO of High Eagle Technologies. Elliot-High Eagle discusses his current work at High Eagle Technologies, where he is focused on developing blood oxygenation solutions relevant to therapies for a variety of health maladies. He recounts his childhood in Oklahoma, his Cherokee heritage, and the early visions he experienced for which he saw his involvement in the moon landing as destiny. He describes growing up poor, and the opportunities which made it possible for him to graduate from the University of Oklahoma as the first Native American to attain a degree in physics. Elliot-High Eagle describes his work in law enforcement and how he almost got drafted to go to Vietnam, and he explains the unlikely events that led to his work at NASA, where he worked over a long career in many positions, including as lead retrofire officer for the Apollo 13 mission, for which he received the Presidential Medal of Freedom. Elliot-High Eagle discusses the numerous difficulties he experienced at NASA as a minority. He describes the frontier mentality at NASA at the beginning of his career, when there was no precedent for anything that was being developed for the space missions. Elliot-High Eagle explains how his sense of patriotism to the United States only grew stronger in the face of the adversities he endured at NASA, and he describes some of the key differences in his work from Apollo 11 to Apollo 13. He discusses his involvement in efforts to improve telecommunications access for Native Americans, and why he was well-positioned to do this as a NASA employee. Elliot-High Eagle discusses his work on the Apollo-Soyuz mission, and he reflects on the role of space missions amid the broader Cold War competition. He describes his long-term mentoring interest in increasing educational and professional opportunities for young Native Americans, and at the end of the interview he explains how and why he has integrated his spiritual views and experiences within his professional life and pursuits in advancing science.