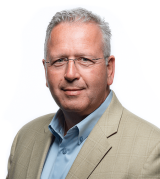 Interview with Joseph DeSimone, Sanjiv Sam Gambhir Professor of Translational Medicine and Professor of Chemical Engineering at Stanford. DeSimone describes Gambhir’s pioneering work in molecular imaging, and he explains the value in his multiple departmental appointments for his research agenda. He recounts his upbringing in the Philadelphia area and his undergraduate focus on polymer chemistry at Ursinus College. DeSimone discusses his graduate research in the same field at Virginia Tech, where he studied CO2 polymers under the direction of James McGrath. He explains the opportunities that led to his appointment at UNC Chapel Hill, and he discusses the research advantage of his dual position at NCSU. DeSimone discusses his advisory work for the NSF, and he describes how he became involved in bio-nanotechnology and gene therapy research. He explains his increasing interests in entrepreneurial research. He narrates the origins of the Carbon 3D company and the possibilities he saw in 3D printing. DeSimone reflects on the fantastic financial success of the company, and he explains his decision to return to academia at Stanford, and at the end of the interview, he describes the value of Peter Thiel’s “Zero to One” approach for science research.

In this interview, David Zierler, Oral Historian for AIP, interviews Norman Wagner, Unidel Robert L. Pigford Chair in Chemical and Biomolecular Engineering at the University of Delaware. Wagner recounts his childhood in Pennsylvania and his undergraduate experience at Carnegie Mellon and his decision to study chemical engineering at Princeton. He discusses his graduate research at Los Alamos and Sandia and his postdoctoral research in Germany.  The bulk of the interview covers Wagner’s wide-ranging research agenda at the University of Delaware.  He discusses his strategic partnership with the NIST Center for Neutron Research, and the range of commercial endeavors that he has been involved in as a result of his research in soft matter physics. Wagner explains his work in biomedical engineering, and his collaboration with NASA on Mars-related research.  At the end of the interview, Wagner provides a broad-based explanation of rheology and its development as a distinct scientific field.

This is an interview with Paula Hammond, David H. Koch Chair of Engineering at the Department of Chemical Engineering, Department Head of Chemical Engineering at MIT, and member of the Koch Institute for Integrative Cancer Research. She describes her childhood in Detroit and her parents’ professions in medicine and science, her father’s activity with the NAACP, and an influential schoolteacher who encouraged her to look into chemical engineering. Hammond describes the opportunities and attraction that led her to enroll at MIT as an undergraduate, where she focused on chemical engineering and developed a particular interest in polymer science. She describes her brief work as a process engineer at Motorola before getting a Master’s at Georgia Tech before returning to MIT to join a new PhD program, Polymer Science and Technology, founded by Robert Cohen who had mentored Hammond as an undergraduate, and where Michael Rubner supervised her thesis research in diacetylene and high-strength fibers. She describes her postdoctoral research at Harvard before returning to MIT to join the faculty and her subsequent focus on soft lithography, carbon nanotube electrodes for high-density batteries, and electrochemistry on patterned surfaces. Hammond explains how she became interested in chemical engineering applications to biology, and how her sensibilities are useful to the biologists she collaborates with, and the physicists with whom she is working on battery technologies and energy efficiencies research. She describes the impact of growing computational power on her research over the years, and she discusses her current interests in nanoparticles for drug delivery in cancer therapies. Hammond shares her perspective on recent efforts to enhance diversity and inclusivity across STEM, and at the end of the interview, she expresses her optimism with MRNA technology.

In this interview, David Zierler, Oral Historian for AIP, interviews Thomas H. Epps, III, the Thomas and Kipp Gutshall Professor of Chemical and Biomolecular Engineering at the University of Delaware. Epps describes his involvement and leadership in several research ventures in materials at Delaware and some of the challenges regarding lab work during the coronavirus pandemic. He recounts his childhood in Virginia and the influence of his parents, both of whom were university professors, and he discusses his early interests in math and sciences in high school which culminated in a formative project at NASA Langley. Epps describes his undergraduate research at MIT where he pursued a degree in chemical engineering and where he solidified his multidisciplinary approach to the field. He explains his decision to attend the University of Minnesota for graduate school, where he worked under the direction of Frank Bates on polymers and nanostructure membranes. Epps describes his choice not to enter industry after graduate school, and he explains his decision to conduct postdoctoral work with Mike Fasolka on polymer-thin films at NIST. He explains the circumstances leading to him joining the faculty at Delaware, and he describes his excitement at the prospect of serving on and creating many research endeavors across the university. Epps discusses his broad interests in biotechnology and fuel cells, and he describes Delaware’s leadership role in its partnership with the Department of Energy in pursuing sustainable energy sources. He describes what chemical engineers can contribute to Covid-19 research, and he reflects on the ways STEM has, and has not, become more inclusive and diverse over the course of his career. At the end of the interview, Epps describes the ranges of research endeavors in the material sciences that excite him most as he looks to the future.