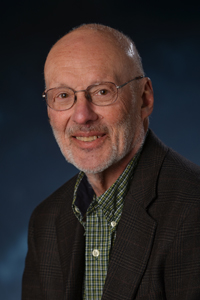 Is Seeing Believing? Direct and Indirect Observation in Physics

In their recent paper announcing the observation of gravity waves the LIGO collaboration stated, “This is the first direct detection of gravitational waves…”. This was to distinguish their result from those of Taylor, Hulse, and Weisberg and Taylor in which the decrease in the period of a binary pulsar was used to “… establish, with a high degree of confidence the existence of gravitational radiation as predicted by general relativity.” The implication by LIGO was that the latter results were not a direct observation.

Allan Franklin has been a professor of physics at the University of Colorado since 1967. Franklin began his career as an experimental high-energy physicist. In the mid 1970s he changed his research interests to the history and philosophy of science, focusing particularly on the roles of experiment in physics. He has published eleven books on both the history and philosophy of science and physics, including The Neglect of Experiment (1986), Experiment, Right or Wrong (1990), Can That be Right? Essays on Experiment, Evidence and Science (1999), and Are There Really Neutrinos? An Evidential History (2000), and Selectivity and Discord: Two Problems of Experiment (2002). In 2016 he was awarded the Pais Prize for History of Physics by the American Physical Society.