In the final days of the 114th Congress, the Senate passed legislation providing NASA with new policy guidance for the first time since 2010. But, by the time the bill arrived in the House, lawmakers had already left Washington for the year. While the original version of the bill introduced in September addressed NASA’s science activities only briefly, the final version contained a number of additional science-related provisions.

The final week of congressional action this year saw an unexpected push to move the “NASA Transition Authorization Act” into law.

Introduced in September by a bipartisan group led by Sen. Ted Cruz (R-TX), the bill would have provided NASA with new policy guidance for the first time since 2010 and encouraged stability in space policy through the upcoming change in presidential administration (see FYI #124). In the months that followed, members of the House and Senate quietly negotiated a compromise bill that both chambers could pass.

On Dec. 5, the Senate Committee on Commerce, Science, and Transportation reported the bill, advancing it to the Senate floor, where its sponsors worked to push it through before Congress concluded its business. Five days later, on Dec. 10, the Senate passed an amended version by unanimous consent. By this time, though, most members of the House had left town, leaving the legislation with no path forward during the 114th Congress.

The final, negotiated version of the bill differed from the original version primarily in that it incorporated elements—including a number of science-related provisions—from a bipartisan NASA authorization bill that the House passed in February 2015. Should new authorizing legislation be introduced in the 115th Congress, which convenes on Jan. 3, some of these provisions could be revived or renegotiated. There would even be a short window of opportunity before President-elect Donald Trump takes office on Jan. 20 for the bill to fulfill its stated purpose of ensuring policy continuity into his administration.

The final bill would have authorized $5.5 billion for NASA’s Science Mission Directorate (SMD), an increase from an authorization of $5.395 billion in the Senate’s original bill. These funding authorizations amounts are not binding on the appropriators who write the annual legislation that funds NASA, but the figures can serve as a marker of congressional intent concerning the agency’s and its programs’ funding levels.

Significantly, the final bill—like the original bill, but unlike the House bill—refrained from specifying authorization levels for divisions within the directorate. In doing so, the bill avoided ensnarement in a lingering dispute over the future of SMD’s Earth Science Division.

Republican lawmakers in the House have pushed to “restore balance” to NASA by redirecting the Earth Science Division’s budget to planetary science, space exploration, and other programs. In April 2015, the House Science, Space, and Technology Committee approved on a party-line vote a second authorization bill, which would have authorized funding for the division at 25 percent below the levels that were enacted for that year, but the House never considered the bill further. This year, though, House appropriators also applied pressure to the division with a proposal to cut 12 percent from currently enacted levels.

Funding for the Earth Science Division could well be a flashpoint again under the new presidential administration. Recently, an adviser to President-elect Donald Trump on space policy suggested that NASA should concentrate on deep-space missions and transfer its Earth science missions to another agency altogether.

The original Senate bill included only a few provisions concerning NASA’s science missions, expressing continuing support for the in-development James Webb Space Telescope, the planned Wide-Field Infrared Survey Telescope, the planned Mars 2020 Rover, and a prospective mission to Europa. Although it mandated no major shifts in the agency’s science policies, the final version of the bill did touch on a wider array of scientific activities, including:

SOFIA. The bill adapted a provision from the House-passed bill protecting the Stratospheric Observatory for Infrared Astronomy (SOFIA) from shut down through the end of calendar year 2017. SOFIA is an airplane-based observatory that was declared fully operational in 2014, following the expenditure of some $1.1 billion over what a NASA inspector general’s report called a “problematic 23-year development history.” 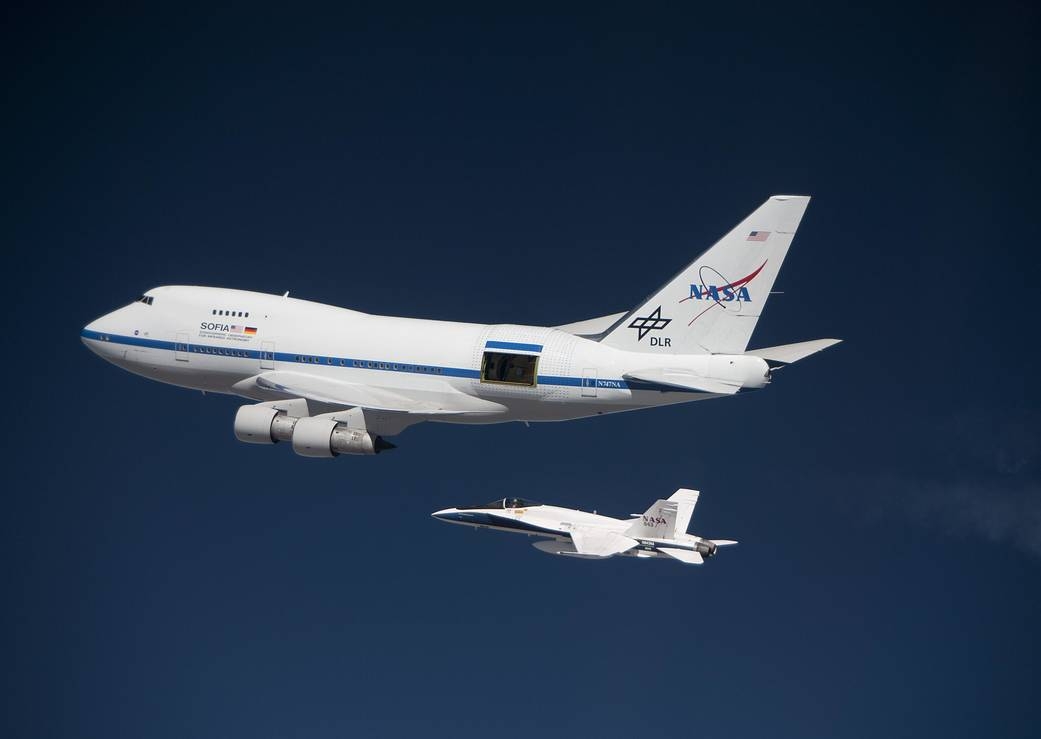 Mission extensions. Adopting a key recommendation from a recent National Academies study (see FYI #109), the final bill would have changed the cadence of NASA’s senior reviews for mission extensions from a biennial to a triennial schedule.

Astrobiology. The bill adopted a provision from the House-passed bill directing NASA to arrange for the National Academies to develop a science strategy, which would inform the “planning and funding” of “research and other activities and initiatives in the field of astrobiology.” The House bill also contained a line-item authorization of $30 million for NASA’s Astrobiology Institute, which the Senate bill did not include. House Science Committee Chairman Lamar Smith (R-TX) is, notably, a strong supporter of astrobiology research.

Radioisotopes. The bill adopted a provision from the House-passed bill requiring NASA to conduct an analysis, in cooperation with the White House Office of Science and Technology Policy and the Department of Energy, of the supply, production, and use of radioactive isotopes for powering deep-space missions. Last year, as reported in FYI #11, to serve this need the U.S. began producing plutonium-238 for the first time in 28 years.

Mars exploration. The final bill adopted a provision from the House-passed bill directing NASA to request a new National Academies study of NASA’s “Mars exploration architecture.” The last such study covered the period from 2007 to 2016.

Near-Earth objects. The bill adapted provisions from the House-passed bill directing NASA to deliver to Congress an annual report on its program to detect and track near-Earth objects greater than 140 meters in diameter, and directing it to assess its ability to accelerate the survey and expand it to include “potentially hazardous” objects less than 140 meters in diameter.

While the Obama Administration has consistently supported the mission, it has not found strong support with key leaders in either chamber of Congress. On Nov. 29, House Science Committee Chairman Lamar Smith (R-TX) and Science Subcommittee Chairman Brian Babin (R-TX) sent a letter to NASA, criticizing it for a recent press release and study discussing the benefits of ARM. The letter remarks, “As the incoming Administration evaluates ARM, it would benefit from clear guidance from both NASA and its advisory bodies. Similarly, it should be unencumbered by decisions made in the twilight of this Administrations’ term. Contrary to assertions made in the press release, numerous advisory bodies have questioned the merits of the President’s ARM mission.”

Small class missions. The bill adapted a provision from the House-passed bill encouraging the use of CubeSats, Small Explorer class, and Venture class missions, noting they “offer valuable opportunities to advance science at low cost, train the next generation of scientists and engineers, and enable participants to acquire skill in systems engineering and systems integration…” As reported in FYI #136, the Obama administration has also been encouraging the use of small spacecraft.