Washington, DC, January 15, 2014 — The American Institute of Physics (AIP) and the American Astronomical Society (AAS) are pleased to announce that astrophysicist Piero Madau has been selected as the 2014 recipient of the Dannie Heineman Prize for Astrophysics, which is given annually to recognize outstanding work in the field. 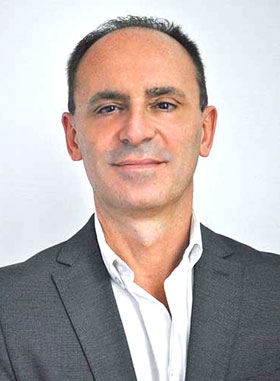 His citation reads: “for fundamental contributions to our understanding of the era of first light in the universe, the ionization and heating of the intergalactic medium, and the formation and evolution of galaxies.”

"Dr. Madau’s work has helped pull back the curtain on pivotal events in the history of the universe, including the birth of stars and galaxies and the evolution of black holes,” said Fred Dylla, AIP executive director and CEO. “The Heineman award recognizes his lifetime of prolific, impressive and influential achievements.”

Madau’s research spans astronomical scales and epochs — from the present-day properties of galaxies to the era of first light. He uses tools as simple as pencil and paper and as highly advanced as the nation’s fastest supercomputers. His early work focused on the cosmic history of star formation, the reionization of the all-pervading intergalactic medium, and the use of 21-cm radiation as a probe of the end of the cosmic “dark ages.” More recently he designed and ran some of the highest-resolution numerical simulations of the halo of dark matter that surrounds the Milky Way galaxy.

Madau received his Ph.D. in astrophysics from the International School for Advanced Studies in Trieste, Italy, in 1987. He came to the United States to work as a postdoc at the California Institute of Technology. Two years later he switched coasts, moving to the Space Telescope Science Institute in Baltimore, Maryland, where he would became a faculty member. His research interests later took him to the Institute of Astronomy at the University of Cambridge, England, and most recently to the University of California, Santa Cruz (UCSC). He is currently a distinguished professor of astronomy and astrophysics at UCSC and director of the Next Generation Telescope Science Institute (NEXSI).

AAS President David Helfand recalls an evening meal he once shared with the now renowned researcher: "When I was on sabbatical in Cambridge about 20 years ago, I had Piero to dinner. We had an interesting conversation about brick-laying, a subject in which he has some expertise and to which he thought he might return if this astrophysics thing didn't work out. Well, over the past two decades, brick-laying he has done — in most areas of modern cosmology — and the Heineman Prize is an apt recognition of his many contributions."

The 2014 Heineman Prize for Astrophysics will be awarded at a future AAS meeting.

The Heineman Prize is named after Dannie N. Heineman, an engineer, business executive, and philanthropic sponsor of the sciences. The prize was established in 1979 by the Heineman Foundation for Research, Education, Charitable and Scientific Purposes, Inc.

Awarded annually, the prize consists of $10,000 and a certificate citing the contributions made by the recipient.

The American Institute of Physics is an organization of scientific societies in the physical sciences, representing scientists, engineers, and educators. AIP offers authoritative information, services, and expertise in physics education and student programs, science communication, government relations, career services for science and engineering professionals, statistical research in physics employment and education, industrial outreach, and the history of physics and allied fields. AIP publishes Physics Today, the most influential and closely followed magazine of the physics community, and is also home to the Society of Physics Students and the Niels Bohr Library and Archives. AIP owns AIP Publishing LLC, a scholarly publisher in the physical and related sciences. (http://www.aip.org)

The American Astronomical Society (AAS, https://aas.org/), established in 1899 and based in Washington, DC, is the major organization of professional astronomers in North America. Its membership of about 7,000 individuals also includes physicists, mathematicians, geologists, engineers, and others whose research and educational interests lie within the broad spectrum of subjects now comprising contemporary astronomy. The mission of the AAS is to enhance and share humanity’s scientific understanding of the universe. Among its many activities, the AAS publishes two of the leading peer-reviewed journals in the field: The Astrophysical Journal (https://iopscience.iop.org/journal/0004-637X) and The Astronomical Journal (https://iopscience.iop.org/journal/1538-3881).