History of the American Institute of Physics

A Short History of the American Institute of Physics 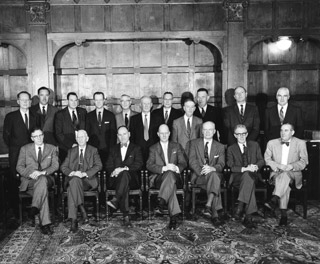 The American Institute of Physics (AIP) was founded in 1931 in response to funding problems brought on by the Great Depression. At the urging of the Chemical Foundation, which provided initial funding, leaders of American physics formed a corporation for the “advancement and diffusion of knowledge of the science of physics and its application to human welfare,” especially by achieving economies in the publishing of journals and the maintenance of membership lists.

Broader concerns also argued for cooperation. With the advent of esoteric theory in quantum, nuclear, and relativity physics, the worlds of academic and industrial physics seemed to be drifting apart. Moreover, because the public found physics hard to comprehend, some blamed science-based technology for the perils of modern warfare and economic collapse. Thus, from the outset the Institute also worked to foster cooperation within the physics community and to improve public understanding of science.

At the time of its formal incorporation in 1932, the AIP comprised five societies with a total membership of some 4,000 individuals.

From the outset the AIP published journals on behalf of its Member Societies. It also acquired or developed scientific journals of its own in fields where no single society had a mandate, notably the regions between disciplines and between applied and academic physics.

Services broaden to include programs 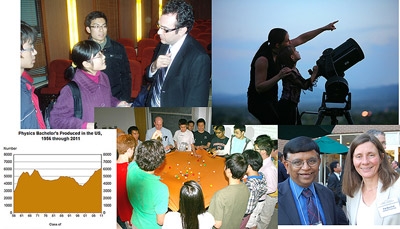 Starting around 1950, the revenue generated from AIP-owned publications enabled the Institute to hire staff dedicated to programs that serve more broadly the Member Societies, individual physicists, and the public at large.

Originally located entirely in New York City, AIP moved most of its publishing operations to Woodbury, Long Island, NY in 1979. Beginning in the 1980s the Institute transferred some of its education and public information operations to the Washington, DC area to be closer to the Federal government as well as the Member Societies in the DC area.

General control was historically exercised by a Governing Board, that grew to about 40 individuals, most of whom were appointed by the Member Societies apportioned according to the size of their memberships. Operations were overseen by a smaller Executive Committee. In 2010, the Board began a comprehensive review of governance. It adopted a revised mission and scope in March 2014, and revised bylaws in December 2014, at which time the body was reseated to become a 15-20 member Board of Directors. The Board of Directors includes Member Society appointees, at-large members, and the Board Chair, Secretary and Executive Director. Read more about the governance restructure.

The Institute’s records are preserved in the archives of its Niels Bohr Library, including important documents and oral history interviews. See also Henry J. Barton, "The Story of AIP," Physics Today 9, no. 1 (Jan. 1956): 56-66.