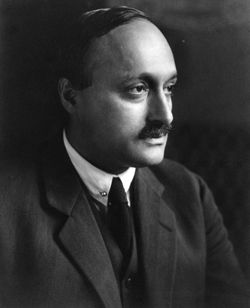 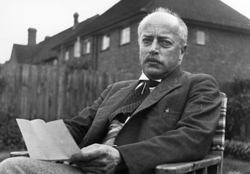 The Nazis had gained power after the German federal election held in March 1933. A month after this election took place, the Law for the Restoration of the Professional Civil Service ordered the dismissal of all Jewish civil servants, along with sympathizers and Nazi opposition party members – this included Max von Laue and James Franck. Franck was exempt from this new law, due to his prior German military service, but regardless, resigned from the University of Gottingen in April of 1933. Before leaving Germany in November 1933, Franck assisted English physicist, Frederick Lindemann, in finding dismissed Jewish scientists work overseas. In December 1933, Laue was let go from his position as advisor to the Physikalisch-Technische Reichsanstalt (PTR). Laue and friend, German chemist, Otto Hahn, secretly helped persecuted colleagues emigrate from Germany.

When Germany invaded Denmark on April 9th, 1940, Niels Bohr knew he had to hide the medals entrusted to him, or else the prizes would be seized. After discussing the option of burying them, Bohr and Hungarian chemist, George de Hevesy, decided instead to dissolve the gold medals in nitro-hydrochloric acid, also known as aqua regia. Both awards liquefied into an orange colored substance and were placed inside a flask stored on a laboratory shelf in the Niels Bohr Institute. De Hevesy fled Copenhagen for Sweden in 1943, leaving the flask behind. 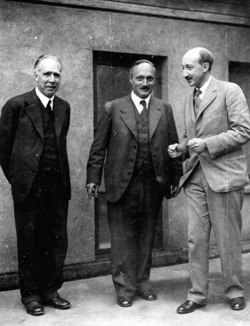 After the war, De Hevesy returned to find the solution of aqua regia undisturbed.  He then precipitated the gold out of the acid. He sent the gold to the Nobel Society. The Nobel Society was able to recast the prize medals. These recast medals were presented to Franck and von Laue in 1952.