The White House has announced a new launch authorization process for spacecraft that use nuclear-powered systems, instituting a tiered framework that delegates decision-making for less risky missions and provides explicit guidance on acceptable risk levels. 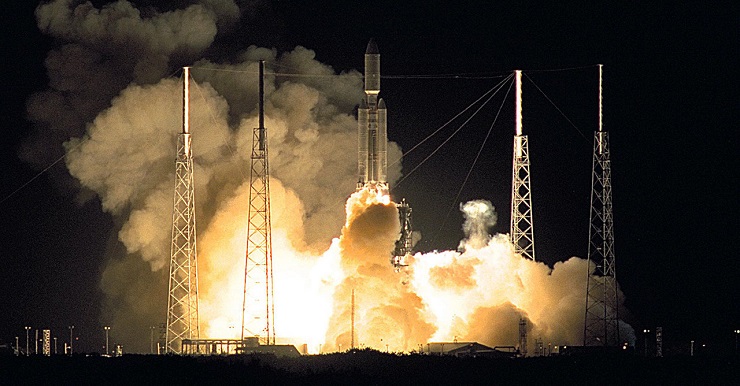 Launched in 1997, the Cassini spacecraft was powered by three radioisotope thermoelectric generators that together used 33 kilograms of plutonium-238. Some protested the mission’s use of radioactive material and unsuccessfully sued to stop the launch.

As part of an effort to promote nuclear power and propulsion technologies, President Trump issued a memorandum on Aug. 20 that revises the launch authorization process for spacecraft that use radioactive materials.

The prior launch authorization process was established by a 1977 presidential directive. That policy effectively required all launches of spacecraft with nuclear systems to receive presidential approval, with the White House Office of Science and Technology Policy serving as gatekeeper for the final decision.

Hours before the memo’s release, OSTP Director Kelvin Droegemeier previewed the new policy at the sixth meeting of the National Space Council. “We seek to strengthen the existing process for launching space nuclear systems in ways that will better ensure rigorous risk-informed safety assessment without excessive redundancy or wasted time and cost,” Droegemeier said.

The memo categorizes missions into three tiers based on the amount and type of nuclear material they contain as well as the estimated probability that a launch accident would result in a certain level of exposure to any member of the public. Unlike the prior policy, it also lays out criteria specific to fission reactor systems and non-federal missions.

The least risky missions fall in Tier 1, where the director of the sponsoring agency can approve the launch. In Tier 2, an interagency review process is triggered, though the sponsoring agency director maintains authority over the launch decision. The memo directs NASA to establish a standing Interagency Nuclear Safety Review Board to perform this function, which formerly was handled by an ad hoc committee empaneled on a mission-by-mission basis.

Spacecraft that use fission reactors automatically fall in at least Tier 2, and the memo requires NASA to identify additional safety guidelines for “safe non-terrestrial operation of nuclear fission reactors, including orbital and planetary surface activities.”

Tier 3 missions require presidential authorization, which for non-defense missions is delegated to the OSTP director, who may opt to forward the decision to the president. Due to nuclear nonproliferation considerations, missions that use highly enriched uranium automatically fall in Tier 3.

The memo also establishes a set of safety guidelines that apply to spacecraft across all tiers. It specifies that the probability a launch accident would result in any individual receiving a total effective dose between 0.025 rem and five rem should be no greater than 1 in 100. The probability for exposures between five rem and 25 rem should not exceed 1 in 10,000, and above 25 rem the probability should not exceed 1 in 100,000. For comparison, the average effective dose individuals receive from natural background radiation in the U.S. is about 0.3 rem per year, and the Nuclear Regulatory Commission’s dose limit for radiation workers is five rem per year.

An OSTP official told FYI the memo’s exposure guidelines are informed by those used for ground-based nuclear facilities and other launch hazards, aiming to provide reasonable bounds for safety analyses.

“One thing that we heard over and over as we went out and talked to folks both in the government and outside of the government that are looking at this is that there were no guidelines provided in this area at all,” the official said. “Without any kind of suggestion or guidance at all, it was just analyze and analyze until you run out of time, basically, and therefore spend the maximum amount of money that is possible, in some cases to make determinations in a range that is not really significant.”

Prior process seen as prohibitively complex and costly

The U.S. has long used nuclear systems in space exploration missions. In particular, some of NASA’s planetary science missions use radioisotope power systems (RPSs), which use heat generated by the natural decay of plutonium-238 to produce electricity. Such systems are employed in cases where using solar power is impractical. NASA also uses radioisotope heating units to keep spacecraft equipment warm.

According to a 2015 study, the U.S. has launched 47 nuclear power systems and hundreds of heater units on 31 missions since 1961. The most recent scientific missions to employ an RPS were New Horizons, a Pluto fly-by mission launched in 2006, and the Mars Curiosity Rover, launched in 2011. The follow-on Mars 2020 Rover and the recently selected Dragonfly rotorcraft mission to Saturn’s moon Titan are currently the only two approved NASA spacecraft in development that will use an RPS.

The relatively infrequent use of nuclear systems on spacecraft is in part attributed to the complexity and cost of the safety review process, which generally has limited them to flagship-class missions. Low availability of plutonium for civilian uses has also constrained the mission cadence.

The OSTP official said in recent decades the interagency launch safety reviews have generally taken four to seven years and cost “at least” $40 million each. The new process aims to cut down on redundancy in analyses, stating that safety reviews “should incorporate previous mission and review experience” to the extent possible. The official said that after a given nuclear system configuration is deemed safe, review teams for subsequent similar missions need only demonstrate they fit within the bounds of the prior safety analysis rather than perform a new one from scratch.

The memo also instructs the interagency review board to engage with mission teams early in the process to “identify gaps in time for mission planners to address them without creating unnecessary delays in the launch timeline.” 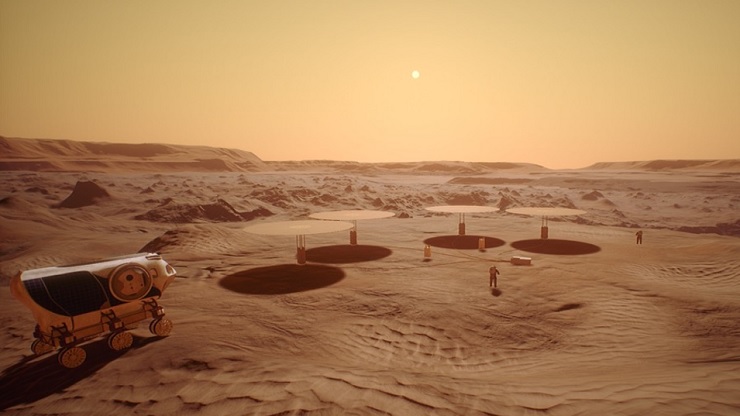 NASA has long funded efforts to develop power and propulsion systems that use fission reactors, which generate heat by splitting uranium-235. However, the U.S. is only known to have carried out one fission reactor launch, which occurred in 1965, before the first presidential launch approval process was instituted.

NASA is also exploring how nuclear reactors could meet the power demands of planetary bases. One such concept, called Kilopower, could provide up to 10 kilowatts per reactor using highly enriched uranium. Bridenstine visited members of the Kilopower team this week at NASA’s Glenn Research Center.

The concept is not without critics. Rep. Bill Foster (D-IL), a former Fermilab physicist who advocates using alternatives to highly enriched uranium, pressed Bridenstine on the subject at a hearing this year.

“A future where every space-faring nation has a big inventory of weapons-grade material to service the reactors that they are using all over the Moon and all over Mars is not a very safe space environment,” Foster said. “There will be some small performance compromises in going with low enriched non-weapons grade material, but I really urge you to look hard at keeping alive the prospect of having an international collaboration to develop workable non weapons grade-based materials that the whole world will use.”

Bridenstine replied that he would look into such options.