WASHINGTON, D.C., OCTOBER 20, 2017 -- The American Institute of Physics announced today the winners of its 2017 Science Communication Awards for Books, Articles, Writing for Children, and Broadcast and New Media.

Awarded every year since 1968, AIP's awards give the winners of each category a $3,000 prize, an engraved Windsor chair and a certificate of recognition. The 2017 winners are

“From the confessions of Nobel laureates, to society's turbid relationship with radiation, to the quiescent edge of particle physics, to the stuff kids love to splash, these four winning pieces exemplify writing about the physical sciences,” said Catherine O’Riordan, AIP's interim co-CEO. "On behalf of AIP, I warmly congratulate the authors and salute their ability to show us how science can be viewed through the lens of the imagination." 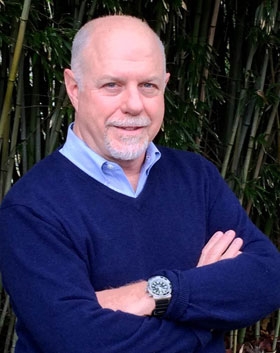 The Books prize was awarded to Timothy J. Jorgensen for Strange Glow: The Story of Radiation, published March 9, 2016, by Princeton University Press.

The judges enjoyed its “new appreciation for the ‘deliciously macabre’ history of radiation,” and described it as an “an excellent model of combining education with entertainment.” They also noted the author’s ability to combine stories with the science.

Jorgensen chose to explore writing about radiation because, he said, “I became disturbed about the paucity of reliable and accessible information regarding radiation that was available to the general public, particularly during times of crisis (e.g. Fukushima disaster).”

Jorgensen also discusses the current “war on science” and how this motivated his publication. “Professional scientists were failing to communicate the joy of scientific discovery to lay people,” he said. To positively impact future generations, Jorgensen aims to focus more on effectively communicating science to children.

Jorgensen is an associate professor of radiation medicine and the current director of the Health Physics and Radiation Protection Graduate Program, at Georgetown University. He also holds an adjunct faculty position in the epidemiology department at the Bloomberg School of Public Health at Johns Hopkins University. He is certified by the National Board of Public Health Examiners and serves on the National Council on Radiation Protection. 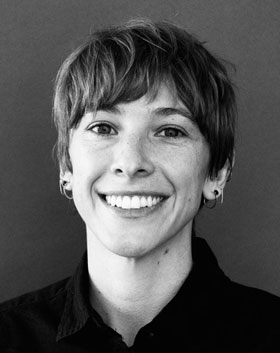 The Articles prize goes to Natalie Wolchover for “What No New Particles Means for Physics,” published Aug. 9, 2016, in Quanta Magazine.

The judges found Wolchover’s article to be “well-crafted,” in which she undertakes “a clear explanation of nuclear and high energy physics’ Standard Model crisis.” Her article took a creative and bold stance on scientific exploration, and “her voice is confident as she develops a solid narrative throughout her article.

“[Wolchover] does a beautiful job of creating drama and intrigue from what amounts, essentially, to no new findings and bravely and simply states the crux of the crisis,” the committee noted.

This brewing crisis of particle physics -- a lack of new particle discovery -- inspired the article. “The time felt right for a feature article that would put into context the total absence of new leads coming out of the Large Hadron Collider, and the angst that exists among particle physicists,” said Wolchover.

Wolchover studied physics at Tufts University and is currently a senior writer at Quanta Magazine specializing in physical sciences. She has written at Popular Science, LiveScience and other publications and became the first staff writer for Quanta in 2012.

The Writing for Children prize was won by Antonia Banyard and Paula Ayer for Water Wow! An Infographic Exploration, published February 2016 by Annick Press.

The book was selected for its “components that excite children and adults: bright colors, detailed knowledge and an engaging storyline.” The committee highlighted the engaging presentation of information that provided connections to readers’ daily experiences. “There are charts, diagrams and other infographics that support the written commentary,” the judges said. “This book will be a welcome addition to every home and educational library.”

Motivated to write by the bodies of water in her small mountain home of Nelson, British Columbia, Banyard was intrigued to explore the science of water and communicate that message to young readers. “I'm lucky enough to live in a region with clear, clean rivers and lakes, and I like to understand things more deeply,” she said.

Banyard has authored many works, including three nonfiction books, one novel and various poems. She holds multiple degrees in creative writing from the University of Victoria and the University of Queensland and has worked in publishing for over 20 years.

Ayer was inspired to co-author this book to “inform young readers about the importance of water in their lives in a dynamic and accessible way.” She hopes to instill a passion for scientific exploration in children of all ages. “Water Wow! was intended as a primer to introduce readers to concepts and issues around water and prepare them for more in-depth reading on the subject,” said Ayer.

Currently an editor at Greystone Books, Ayer is an accomplished translator and an award-winning author of four books for both teens and children. She grew up in Calgary, Alberta, and studied at the University of Calgary and Simon Fraser University. She now resides in Vancouver with her husband and daughter.

Their video series depicted animated interviews with Nobel laureates the awards committee described as “an original way to present Nobel winners in their own words.” They applaud the media team’s creativity and stated, “The interviews were cogent and presentable, with visuals that added to the presentation in a creative package that almost felt interactive.”

“Animation is a wonderful medium through which to explore the research which in many cases forms the bedrock of modern day scientific understanding,” Baker said. “[I]t continues to surprise me just how much even very technical science can be brought to life when working with creative animators and excellent story tellers.”

Baker is currently a senior editor for Nature and Scientific American, reporting on stories from across the spectrum of science in online video and weekly podcast formats. He earned his bachelor’s degree in zoology and master’s in science media production from Imperial College London.

Stewart, who reported on, recorded and edited the Laureates’ series, is a freelance radio and podcast producer specializing in science. She holds a doctorate in psychology and is a regular producer for BBC Radio 4, BBC World Service and Nature.

Dog and Rabbit, a London-based animation company, produced the sound and animation for the series. They have produced award winning work in both the U.S. and the U.K., while generating commercials and short films for companies like SpringerNature, Tyrrells, Sainsburys, Food Network, Travel Channel, BBC and Liberty Global.

The Science Communication Awards of the American Institute of Physics were established to recognize the best science writing in books; magazines and newspapers; works intended for children; and new media in order to improve the general public's appreciation of the physical sciences, astronomy, math, and related science fields. Entries are judged by a committee of scientists and journalists, and winning authors receive a prize of $3,000, an engraved Windsor chair, and a certificate of recognition. For more information, contact <[email protected]> or visit https://www.aip.org/aip/awards/science-communication.