Washington, D.C., Oct. 3, 2014 – The American Institute of Physics (AIP) has named three journalists and one children's book author as winners of the 2014 AIP Science Communications Awards for their works on magnetic dynamos, the search for exoplanets, a fun book on chemical elemental for children, and an illustrated video about Stephen Hawking.

- Alexandra Witze will receive the prize in the Science Writing – Articles category for her essay “Spinning the Core,” published in Science News magazine.

- Lee Billings will receive the award in the Science Writing – Books category for his Five Billion Years of Solitude: the Search for Life Among the Stars, published by Current/Penguin.

- Adrian Dingle will receive the award in the Writing for Children category for his book How to Make a Universe with 92 Ingredients: An Electrifying Guide to the Elements, published by Owlkids.

- Alok Jha will receive the award in the New Media category for his piece “Stephen Hawking’s big ideas . . . made simple,” published on The Guardian website.

The award committee that selected Witze’s article praised its engaging writing, saying it covered a topic both interesting and relevant to today. A separate committee lauded Billings’s book for its compelling narrative, weaving together the “messy process of science and the messier process of funding science.” Dingle’s book was awarded because the committee enjoyed its “engaging and innovative approach to chemistry, which would encourage children to become active science learners.” Finally, Jha’s animation was chosen because the award committee felt that it is an excellent presentation of material about a premier scientist and a nice and innovative use of the medium.

Each winner will receive a $3,000 check, an inscribed Windsor chair, and a certificate of recognition from AIP. The awards will be presented in January at the American Association of Physics Teachers (AAPT) 2014 winter meeting in San Diego (http://www.aapt.org/Conferences/wm2015/index.cfm) and the American Astronomical Society (AAS) 2014 winter meeting in Seattle (https://aas.org/meetings/aas225) 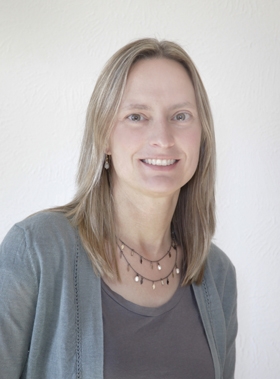 Researchers in several labs across the world are seeking to understand more about Earth’s magnetism and magnetism on other planets by creating dynamos, which mimic the earth’s inner core. In doing so, they are hoping to predict experimentally what may happen to our magnetic field, including possible flipping. Current dynamos (or almost-dynamos) are in Latvia, Germany, France, Wisconsin and Maryland. In her essay “Spinning the Core,” published in Science News magazine (available at https://www.sciencenews.org/article/spinning-core), Alexandra Witze deftly navigates between the different sites, telling the stories of several struggles and unexpected developments, while leaving the reader as interested in learning more of what the future research will reveal as the scientists themselves are.

Witze is a contributing correspondent for Nature and Science News magazines, writing news and features, primarily about the earth sciences, from her base in Boulder, Colorado. A nationally known science writer, she has won awards and top journalism prizes from the American Geophysical Union, the American Meteorological Society and the National Association of Science Writers. Among other places, her reporting has taken her to the North Pole, to an earthquake zone in China and to Mayan ruins in Guatemala. Between 2005 and 2010, Witze served as features editor, news editor and Washington bureau chief for Nature, the international weekly journal of science. She has also worked as a general science reporter at the Dallas Morning News in Texas and as an editor at the first Earth magazine, in Wisconsin. She has a bachelor’s degree in geology from MIT and a graduate certificate in science communication from the University of California, Santa Cruz. With Jeff Kanipe, Witze is an author of Island on Fire, a book about the extraordinary 18th century eruption of the Icelandic volcano Laki. 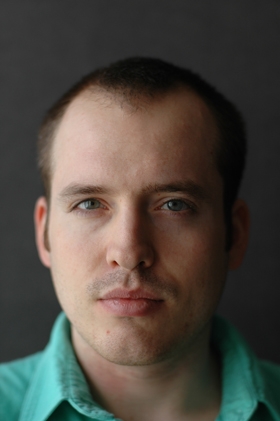 In the past two decades, scientists have found a previously-unthinkable number of planets orbiting other stars – thousands, and more all the time – but even as we learn of and identify more, we still have not identified life similar to our own. Five Billion Years of Solitude: the Search for Life Among the Stars, from Current/Penguin, Billings tells the inside tale of the search for life among the stars, profiling the leading astronomers and planetary scientists charging to find another Earth floating out there somewhere. In wonderful detail and with great insight, Billings weaves the astronomy, physics, chemistry and biology together into a story of scientific pursuit driven by very human hopes and fears that we are not alone.

Lee Billings is a journalist and author based in New York City. His work has appeared in The New York Times, The Washington Post, Scientific American, Popular Mechanics and many other publications. From 2006 to 2011, he was an editor at Seed Magazine, where he covered science and technology topics including astrophysics, space exploration, paleontology and robotics. He graduated in 2003 from the University of Minnesota with a degree in journalism. 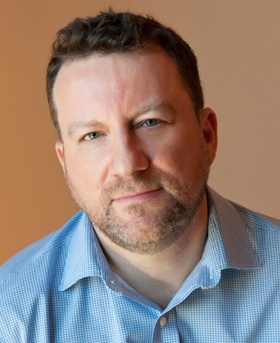 As a high school chemistry teacher, Adrian Dingle has hands-on experience getting young people interested in science in general and chemistry in particular, helping kids see that science is involved in both the wondrous and the everyday. In How to Make a Universe with 92 Ingredients: An Electrifying Guide to the Elements, from Owlkids, he tackles questions such as what gives comets their tails and how matches ignite. Writing with his readers’ ages in mind, Dingle not only wants them to learn about their world, but also wants them then to continue to learn and actually experiment (with supervision, of course), encouraging readers with suggestions for hands-on activities.

Dingle has been teaching since 1990. The first ten years of his career were spent in and around London, teaching chemistry in a number of different institutions. He taught both public and private schools, in the Tutorial College sector, as well as developing an extensive one-on-one tutoring resume. In 2000 he moved to the United States with his American wife, and he has been teaching at The Westminster Schools in Atlanta, Ga. since then. 2006 brought the publication of his first book, The Periodic Table, Elements With Style!, and since then he has written a number of different titles and been a regular contributor to many other online and hard-copy chemistry projects. His work includes projects for Barnes & Noble SparkNotes, Shmoop, The Discovery Channel and many others. Dingle has won several awards, including the U.K.’s School Library Association’s Information Book Award in 2011 and Austria’s Wissenschaftsbuch des Jahre children’s award in 2012. This year he was selected as the Société de Chimie Industrielle Fellow at the Chemical Heritage Foundation in Philadelphia for 2014-2015. His website is www.adriandingleschemistrypages.com. 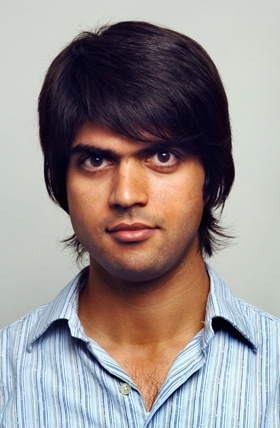 Stephen Hawking among the most famous physicists in history -- and still one of the leading faces in the field today -- but Alok Jha felt that too few people know what Professor Hawking has actually achieved and wanted to do something about it. Thus his video, “Stephen Hawking’s big ideas . . . made simple,” which was published on the Web site of the British Guardian newspaper and is available at http://www.theguardian.com/news/video/2013/sep/19/stephen-hawking-history-time-simple-video. In it, Jha and his collaborators at the London-based animation company Scriberia use colorful animation to illustrate Hawking’s answers of black holes and the origins of the universe in just two and a half minutes.

Alok Jha is a physics graduate from Imperial College London and has been a journalist (working for the Guardian, BBC TV and radio and ITV News) for more than 15 years. He has reported on everything from space to stem cells, has broadcast live from Antarctica and has flown in a zero-gravity plane normally used to train astronauts. He is the author of two books about science and is working on a third, a human biography of water.

About the AIP Science Communication Awards