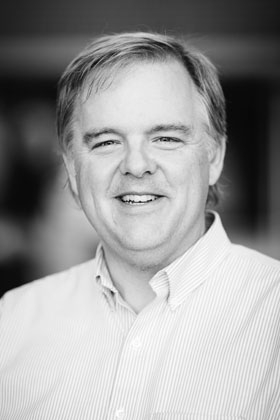 WASHINGTON, D.C., January 9, 2017 -- The American Institute of Physics (AIP) and the American Astronomical Society (AAS) announced today, on behalf of the Heineman Foundation for Research, Educational, Charitable, and Scientific Purposes, that California astrophysicist Lars Bildsten is the winner of the 2017 Heineman Prize for Astrophysics, a distinguished honor awarded annually to recognize significant contributions to the field.

Bildsten is Director of the Kavli Institute for Theoretical Physics at the University of California, Santa Barbara, and Gluck Professor of Theoretical Physics at UCSB. In recognizing Bildsten, AIP and AAS cited him for “his leadership and observationally grounded theoretical modeling that has yielded fundamental insights into the physics of stellar structure and evolution, compact objects, and stellar explosions.”

"We all know that the stars out there light up our universe," said AIP CEO Robert G.W. Brown. "But whose job is it to illuminate the stars? Over his distinguished career, Bildsten has done just that," said Brown, "and we are thrilled to congratulate him today on winning this prestigious prize."

Researching the Life Cycles of Stars

Bildsten’s field of research is stellar astrophysics, in which he explores the different phases of the lives of stars -- from their beginnings to when they explode or fade away. While his work encompasses the full spectrum of stellar lifespans, Bildsten’s efforts primarily center on studying stars that are rapidly changing in some way. This could mean the stars exhibit gentle oscillations or have blown up, suddenly becoming brighter than their host galaxy.

Surveys by today’s space- and ground-based telescopes are providing theoretical astrophysicists with immense amounts of data, allowing them to translate what observers are seeing into quantitative understanding.

By studying the oscillations of stars, for example, astrophysicists can “try to infer the mass and radius of a star halfway across the galaxy,” Bildsten said. “It’s remarkable that we can do this by simply measuring the brightness of a star every 30 minutes for five years, which is what the Kepler spacecraft did. This is what theoretical physics is all about -- having an understanding that allows you to use observational data to make direct inferences about the universe -- and it’s quite profound,” he said.

Another area of interest to Bildsten is supernovae, stars with at least 10 times the mass of the Sun that live only a brief amount of time, astronomically speaking -- on the order of 50 million years -- then explode.

“These massive stars are much brighter and burn through their fuel fast, which means their lifetimes are short,” said Bildsten, explaining his work. “These stars encounter their demise because they run out of fuel at their center once they can no longer use fusion to release energy. Then they undergo a collapse at their core that leads to the formation of what we call a ‘neutron star.’ It’s a very compact object, roughly the mass of the Sun but with a diameter of only 20 kilometers.”

When a star starts to collapse and fall in upon itself, it encounters this dense ball at the center, bounces back and sends out a shockwave that causes the star to explode, sending its remains out into the surrounding galaxy at a speed of 5,000 to 10,000 km per second. When a supernova erupts it can be as bright as its host galaxy for about a month, and many astronomers search for and study these events in great detail.

Data are helping to demystify some of the universe’s best-kept secrets. “It’s led to a huge number of discoveries,” Bildsten said. “One survey I worked on, the Palomar Transient Factory, led by Shri Kulkarni at Caltech, made it possible to search for unusual or odd events and even regular ones that need better understanding.”

Within complex fields it’s often necessary to advance understanding in small steps. “Every once in a while we get one of those ‘aha!’ moments in which everything falls into place and we realize we’ve gained a new, deeper understanding that wasn’t there previously,” said Bildsten. “Of course, these are exciting, but don’t happen every day. By constantly probing, thinking, and engaging in dialogue with others, and watching the data as it comes in, these ideas do occur. So you can say I’m ‘observationally inspired,’ as well as observationally grounded.”

Constant dialogue helps Bildsten stay well engaged with observers. “And it is how I choose to approach the science that I really enjoy,” he said. “It allows me to keep abreast of what’s happening and sometimes helps with the interpretation of initial data that can often be quite puzzling.”

This approach recently led to a new understanding of extremely bright supernovae with Dan Kasen, an associate professor of physics and astronomy at the University of California, Berkeley. “Astronomers were finding supernovae that were more than 100 times brighter than normal,” Bildsten said. “Kasen and I have a reasonable model for it and testing is well under way. It’s just one example of how keeping abreast of what’s happening can lead to new ideas.”

Collaborative research is extremely important to Bildsten. “Nearly all of my achievements have been through collaboration with my graduate students, postdocs, or other prominent astrophysicists,” he said. “This has not only benefited my research, it has also served to broaden my intellectual horizons and push me in new directions. I thank them all!”

“I’m deeply honored to be recognized by my colleagues and peers,” added Bildsten, reflecting on the new award. “It’s very meaningful to me.”

Lars Bildsten is Director of the Kavli Institute for Theoretical Physics (KITP) and Gluck Professor of Theoretical Physics at the University of California, Santa Barbara. He received his Ph.D. in theoretical physics from Cornell University in 1991, where he held a Fannie and John Hertz Graduate Fellowship. Dr. Bildsten was at Caltech for three years as the Lee A. DuBridge Research Fellow in Theoretical Astrophysics and was an assistant and associate professor in both the physics and astronomy departments at the University of California, Berkeley. Moving to Santa Barbara in 1999 as a Permanent Member at the KITP, he held the Rosing, Raab Chair in Theoretical Astrophysics prior to becoming Director in 2012. Among his awards are the Alfred P. Sloan Foundation Fellowship, the Cottrell Scholar of the Research Corporation, and the Helen B. Warner Prize from the American Astronomical Society. Dr. Bildsten was the Salpeter Lecturer at Cornell University, the Biermann Lecturer at the Max Planck Institute for Astrophysics, the Beatrice Tinsley Centennial Visiting Professor at The University of Texas at Austin, the Bishop Lecturer at Columbia University and the Jesse Greenstein Lecturer at Caltech.  He has served on many international scientific advisory boards, including the "Decadal Survey" prioritization process for US federal investments in astrophysics for 2010-2020, and is a Fellow of the American Association for the Advancement of Science and the American Physical Society. His effort in K-12 educational outreach was focused on the three-fold expansion of the Dos Pueblos Engineering Academy via fundraising and construction of a new facility in Goleta, California.

The Heineman Prize is named after Dannie N. Heineman, an engineer, business executive, and philanthropic sponsor of the sciences. The prize was established in 1979 by the Heineman Foundation for Research, Education, Charitable and Scientific Purposes, Inc. Awarded annually, the prize consists of $10,000 and a certificate citing the contributions made by the recipient plus travel expenses to attend the meeting at which the prize is bestowed.

The American Astronomical Society (AAS, aas.org), established in 1899 and based in Washington, DC, is the major organization of professional astronomers in North America. Its membership of about 8,000 individuals also includes physicists, mathematicians, geologists, engineers, and others whose research and educational interests lie within the broad spectrum of subjects comprising contemporary astronomy. The mission of the AAS is to enhance and share humanity's scientific understanding of the universe, which it achieves through publishing, meeting organization, education and outreach, and training and professional development.