Nominations are to be submitted in pdf format via email; include ALL information/attachments in one email:

Self-nominations are permitted, and we encourage nominations of women, members of underrepresented minority groups, and scientists from outside the United States.

About the Tate Medal

Named for John Torrence Tate in honor of his service to the physics community, the Tate Medal recognizes non-U.S. citizens for international leadership in physics, with an emphasis on leadership, statesmanship, and service to the physics community, as opposed to research achievement. Awarded every two years, it consists of a certificate, a bronze medal, and a $10,000 award.

The award is for service to the profession of physics rather than for research accomplishment. Services that further international understanding and exchange are considered to be of primary importance. Examples might be the establishment or improvement of publications, the promotion or administration of joint research projects, or the operation of unusually successful international conferences. A citation on the accompanying certificate will state the particular service for which the award is made.

The recipient is chosen by the Institute's Board of Directors on the recommendation of a committee appointed for the purpose.

The medalist is expected to receive the award in person. Travel expense is reimbursed by the Institute. 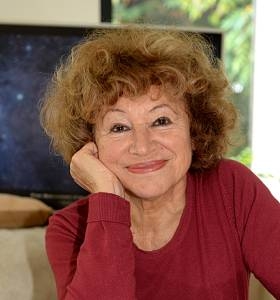 The 2020 AIP Tate Medal for International Leadership in Physics has been awarded to Dr. Catherine Cesarsky “For her leadership in bringing to fruition some of the most important international astronomical observatories, for her statesmanship through her approaches to the highest political leaders in France, Europe, and Chile, and for her service as president of the International Astronomical Union, among other prestigious organizations.”