The National Oceanic and Atmospheric Administration has new congressional guidance for its weather research, forecasting, and observations programs, including authorizations for a new seasonal forecasting program, a greater focus on research-to-operations, and improved coordination across the U.S. weather enterprise. 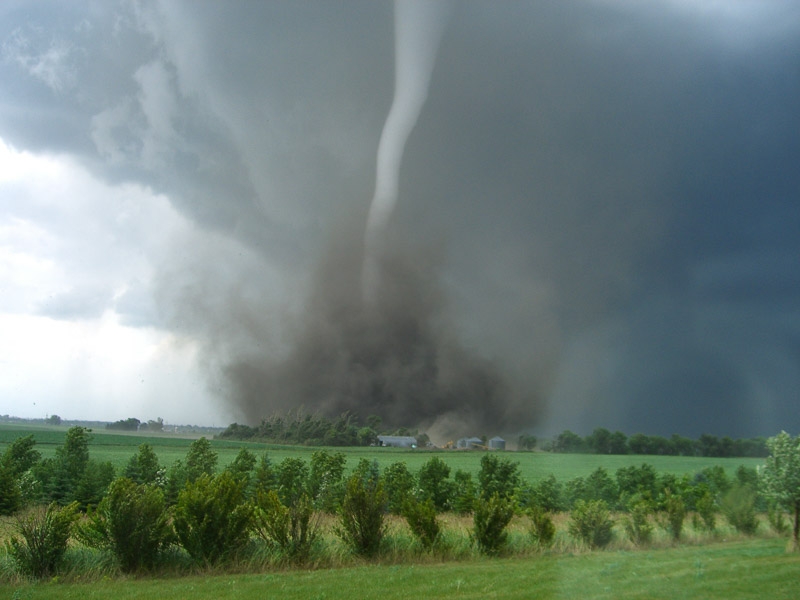 On April 18, President Trump signed the Weather Research and Forecasting Innovation Act, capping a bipartisan, bicameral legislative effort that began in 2013 in the House Science Committee. Originally aimed at restoring U.S. leadership in weather forecasting and prioritizing research that improves weather forecasts, the effort expanded in scope and gained momentum over time while staying largely rooted in these goals.

Following back-and-forth between the House and Senate last fall and this winter, Congress finally resolved remaining holds and outstanding issues and passed the bill on April 4, nearly four years after the first hearings on the legislation. It is widely viewed as the first comprehensive weather authorization since the National Oceanic and Atmospheric Administration Authorization Act of 1992. In a statement issued following the president’s signature, House Science Committee Chairman Lamar Smith (R-TX) called the bill’s enactment “a major advance toward transforming our nation’s public-private weather enterprise.”

Focus on saving lives and property, restoring US leadership

The opening section of the law directs NOAA to “prioritize” research that improves “weather data, modeling, computing, forecasting, and warnings for the protection of life and property and for enhancement of the national economy.” Lead sponsor Rep. Frank Lucas (R-OK) has frequently expressed consternation that the U.S. – and NOAA’s Global Forecast System in particular – is no longer considered by some experts to be the best weather prediction system in the world, calling that “unacceptable.”

In a statement following the law’s enactment, he again underscored these points:

This legislation packs in multiple efforts to protect lives and property from severe weather because Americans deserve nothing less than the most accurate and timely weather predictions. By encouraging new technologies both outside and inside of NOAA, we can put our country back on track to be a world leader in weather forecasting.

Fellow Oklahoma Republican Rep. Jim Bridenstine, who sponsored the first version of the weather bill in 2013, praised the law, saying it “moves us closer to a day when we have zero deaths from tornadoes and severe weather events.”

Lucas and Bridenstine authored a section of the bill that establishes a new tornado warning improvement and extension program in NOAA’s research office with the goal of developing and extending “accurate, effective, and timely tornado forecasts, predictions, and warnings, including the prediction of tornadoes beyond one hour in advance.” Oklahoma, which was hit by a spate of deadly tornadoes in 2013 and is particularly vulnerable to severe weather, is home to the National Weather Center and NOAA’s National Severe Storms Laboratory, both co-located with the University of Oklahoma.

Lead Senate sponsor John Thune (R-SD), who authored the seasonal forecasting title of the law, as well as sections on forecast and warning communications and decision support, emphasized the economic value of long-range environmental prediction to industry and other decision-makers in his statement on the enactment:

The results of this legislation will be better warning about extreme weather events and changes to long-term forecasting that give farmers better information about what and when to plant and local transportation departments more time to prepare for unusually harsh winters.

While Republican members of the Science Committee wrote the first versions of the House bill, those versions prompted pushback from Democrats, and the bill’s sponsors soon reached out in search of bipartisan cooperation and co-authorship. The final bill was fully bipartisan and passed with widespread support in both the Senate and House.

In a statement on the House floor just before the bill’s final passage, House Science Committee Ranking Member Eddie Bernice Johnson (D-TX) touted it as an example of how Congress can address issues such as “climate and weather [which] are not fundamentally partisan concerns” but which “affect all of our constituents, regardless of their party affiliation.”

Lead Democratic sponsor Rep. Suzanne Bonamici (D-OR), who has served as ranking member of the Environment Subcommittee since 2013, emphasized in her floor statement how the law will improve communications and coordination for weather prediction:

Even the best forecasts will not serve the public’s needs unless there are effective communication systems in place. [This bill] directs NOAA to do more research, listen to experts, and improve its risk communications techniques.

She also highlighted how the legislation aims to strengthen interagency coordination of weather issues through a new committee led by the White House Office of Science and Technology Policy and a tsunami research and warning title, which she authored. The law, she said, will help the Pacific Northwest understand and prepare for a potentially catastrophic seismic event along the Cascadia Subduction Zone off the Washington and Oregon coasts.

NOAA did not take a formal position on the weather bill. Former NOAA Administrator Katherine Sullivan and other leaders in both the private and academic weather sectors testified before Congress that weather research is critical, although Sullivan cautioned it ought not be prioritized at NOAA at the expense of climate research, saying that weather and climate modeling are increasingly interconnected efforts. Improvements in weather forecasting, she and other witnesses argued, are increasingly dependent on a better understanding of climate. Sullivan also aired her concerns with the push for commercial weather data, asserting that weather data is best left as a public good available free for all.

The American Meteorological Society (AMS), an AIP Member Society, also stayed on the sidelines publicly, although the society worked with congressional staff to improve the bill. A key recurring theme in witness testimony before both the House and Senate over the years was the value of the U.S. weather enterprise that AMS represents, comprising three sectors – academic, private, and public. The bill’s authors were responsive to the message that the U.S. weather enterprise could benefit from improved coordination and communication across the sectors. Congress incorporated language in nearly every major section designed to ensure inputs from the academic and private sectors are considered alongside NOAA’s.

One private sector leader who testified multiple times before Congress on the bill, AccuWeather CEO Barry Myers, noted that the law for the first time statutorily brings together NOAA with the research community and the weather industry, calling it a “monumental piece of legislation.”

Antonio Busalacchi, president of the University Corporation for Atmospheric Research, which was also active in the bill’s development, called it “landmark legislation” and said it “underscores enduring value of scientific research to our nation.”

The major provisions of the Weather Research and Forecasting Innovation Act are as follows: