The House Science Committee has advanced three bills out of subcommittee that would set policy for the Department of Energy’s solar, wind, and fossil energy R&D programs. The legislation recommends funding increases — particularly for carbon capture, storage, utilization, and removal — and outlines a broad portfolio encompassing the development, deployment, and operation of energy systems.

At a meeting on July 10, the House Science Committee’s Energy Subcommittee advanced three bills that recommend significant budget increases for the Department of Energy’s applied R&D programs in solar, wind, and fossil energy. Among these increases is a tripling in funding for R&D related to capturing, storing, and utilizing carbon dioxide that includes the creation of a new program dedicated to the removal of carbon from the atmosphere.

The bills also provide detailed direction to DOE concerning the types of R&D it should support, ranging from foundational work on prospective technologies to improving the performance of equipment already in operation. 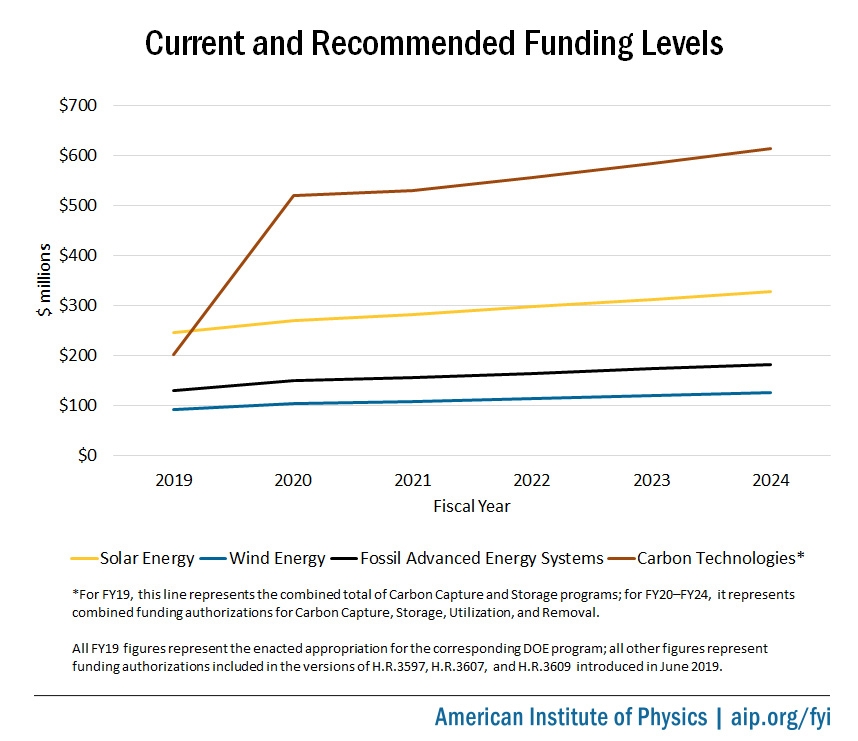 Although the legislation’s Democratic sponsors have found Republican cosponsors for each of the three bills, the Republicans on the subcommittee voted unanimously against all three, objecting to the proposed spending increases and the emphasis placed on technology demonstration and commercialization. While Democrats would not necessarily need strong Republican support to move the legislation though the House, it would be crucial in the Senate, where a separate, bipartisan legislative push is already well underway. 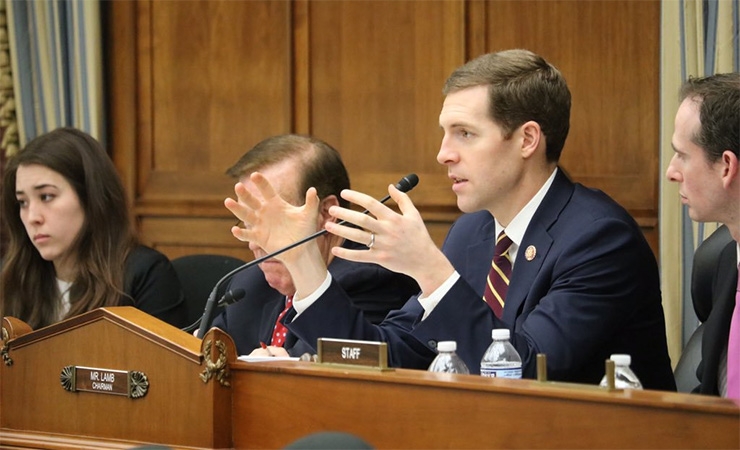 Congress has not comprehensively updated its policies for DOE’s applied energy R&D programs since it passed the Energy Policy Act of 2005. Opening the July 10 meeting, Energy Subcommittee Chair Conor Lamb (D-PA) called the existing statutes “insufficient and outdated,” and said the new solar, wind, and fossil energy R&D bills would “reauthorize DOE’s existing work and provide updated guidance and tools that reflect the immense changes each industry has experienced over the past 15 years.”

The Solar Energy R&D Act is sponsored by Reps. Ben McAdams (D-UT) and Jeff Fortenberry (R-NE) and would recommend increasing funding for DOE’s solar energy program from its current level of $247 million to $328 million by fiscal year 2024.

The bill stipulates that DOE should pursue projects addressing challenges with near, middle, and long-term time horizons, defined respectively as up to two, seven, and 15 years. It also outlines a broad reach for the department’s work on solar energy, listing R&D subject areas that include photovoltaic devices and related electronic components, concentrated solar power, solar heating and cooling systems, and technologies and methods related to the manufacture, deployment, operation, and maintenance of solar energy systems and their integration into the electric grid.

As with the solar energy bill, this bill would define a broad scope for DOE’s R&D activities. The subject areas it specifies encompass not only the engineering of wind turbines, including work on related materials and manufacturing processes, but also matters such as the permitting and optimal operation of wind systems and the forecasting of weather conditions.

The bill also contains a separate section focusing specifically on R&D related to the mitigation of regulatory and market barriers to wind energy, and another on technology validation and “market transformation.” The latter section includes a provision stipulating that DOE support a facility for conducting research and demonstration projects related to the use of wind energy in energy systems with diverse generation sources, loads, and storage technologies. DOE is currently planning to broaden the mission of the National Wind Technology Center in Boulder, Colorado, to transform it into a grid integration testing facility.

Though he objected to the solar and wind energy bills, Subcommittee Ranking Member Randy Weber (R-TX) emphasized he does not oppose DOE’s work on renewable energy technology. However, he noted that the current $2.4 billion annual budget of DOE’s Office of Energy Efficiency and Renewable Energy is already much higher than those of the department’s other applied energy offices. He also balked at the bills’ focus on demonstration and deployment projects and market barrier mitigation. He remarked,

As stewards of taxpayer resources, we must focus funding on projects that are truly cutting edge, like basic research in advanced computing, advanced manufacturing, and the development of new materials. The fact is, fundamental research often leads to improvements in all forms of energy technologies, not just the ones that get attention from members of Congress. 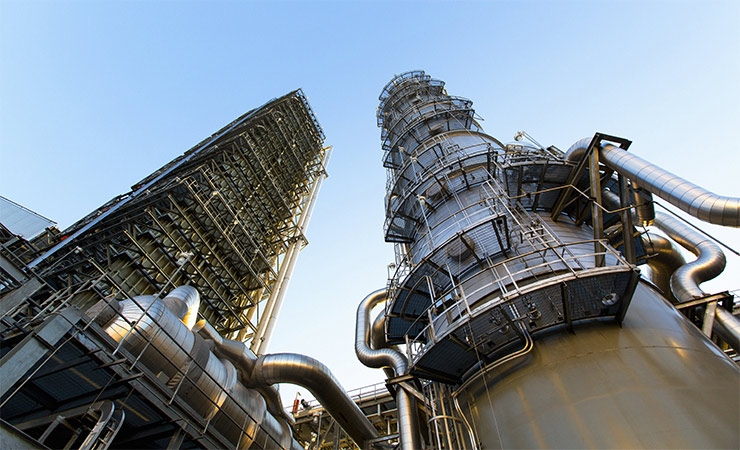 Broadly, the bill would recommend increasing funding for DOE’s fossil energy programs from their current level of $740 million to $1 billion by fiscal year 2024. R&D related to carbon capture, utilization, and storage would occupy a significantly larger proportion of that portfolio than at present, with combined annual funding ultimately amounting to $614 million.

The bill outlines various sorts of technology demonstrations and pilot projects that DOE should support. It also specifies the department should award grants to establish “not less than three Carbon Capture Test Centers” that would test technologies designed to capture carbon from electrical power and industrial systems.

Other provisions in the bill focus on the DOE Office of Fossil Energy’s Advanced Energy Systems program, the recovery of rare earth elements from coal and coal byproduct streams, waste gas utilization, health and environmental impacts of methane hydrates, and methane leaks from pipelines, wells, and other such sources.

A final section would provide the National Energy Technology Laboratory with a special hiring authority for technical and management personnel and direct DOE to allow the lab to spend between 2% and 4% of its budget on discretionary R&D projects. The lab is the only one of DOE’s 17 national laboratories that the department operates directly, and the provisions would provide administrative flexibilities currently accorded to contractor-operated labs.

Opposing the bill at the July 10 meeting, Weber criticized its spending ambitions and its emphasis on R&D related to carbon dioxide. “This bill’s singular focus on emissions control technologies ignores the reality of our nation’s continued reliance on fossil fuel resources and their role in our clean energy future,” he said.

Whereas the House Science Committee did not reach a bipartisan consensus on the energy R&D legislation it advanced, the Senate Energy and Natural Resources Committee has done so in its counterpart effort.

The EFFECT Act would recommend that Office of Fossil Energy programs receive substantial funding increases that are comparable to those called for in the Fossil Energy R&D Act. However, the Senate bill would focus the additional resources on a Coal and Natural Gas Technology Program that includes carbon emissions reduction as one of several goals. The bill would recommend smaller increases for carbon storage and atmospheric removal than those in the House bill, and an equal increase for carbon utilization. NELA, which is also a major R&D policy bill, does not include topline funding recommendations.

The committee is also currently considering five energy storage R&D bills. At a subcommittee hearing on July 9, Murkowski reported her plan is to distill them into a single bill that she hopes the committee can approve either before or shortly after Congress’ August recess.