As Congress seeks to reinvigorate the U.S. nuclear sector with new legislative backing for advanced reactor development, members are also making a renewed push to solve the nuclear waste stalemate.

Lawmakers in both the Senate and House are assembling legislation that aims to revitalize the U.S. nuclear energy industry, building on laws that Congress passed last year.

In March, Senate Energy and Natural Resources Chair Lisa Murkowski (R-AK) and Ranking Member Joe Manchin (D-WV) reintroduced the Nuclear Energy Leadership Act (NELA), which would require the Department of Energy to take a number of steps to promote the development and commercialization of advanced nuclear reactors. Companion legislation was introduced in the House this month by Reps. Elaine Luria (D-VA) and Denver Riggleman (R-VA), both freshman representatives.

Another component of the effort is a renewed push to break the longstanding stalemate on nuclear waste storage. Murkowski reintroduced the Nuclear Waste Administration Act in April, with Senate Energy-Water Appropriations Subcommittee Chair Lamar Alexander (R-TN) and Ranking Member Dianne Feinstein (D-CA) as cosponsors. The measure is one of several nuclear waste storage bills currently under consideration in Congress.

First introduced late last year, NELA would require DOE to complete at least two advanced reactor demonstration projects by the end of 2025 and between two and five additional projects by the end of fiscal year 2035. DOE has begun to take steps in this direction under its current authority, awarding Westinghouse a grant to prepare a demonstration of a microreactor design by 2022.

Another NELA provision would require DOE to support efforts to scale up high-assay low-enriched uranium (HALEU) fuel production. HALEU is uranium that is enriched to contain between 5 percent and 20 percent of the highly fissile uranium-235 isotope by weight. It is required by many advanced reactor concepts and there is currently no domestic supply of it. Earlier this year, DOE issued a contract for a HALEU production demonstration project.

NELA would also direct DOE to retool its Integrated University Program into a University Nuclear Leadership Program geared toward fostering a nuclear energy workforce capable of developing and deploying advanced reactors. And it would require DOE to partner with the Defense Department or another federal agency to enter into at least one agreement by the end of 2023 to purchase nuclear power from a newly licensed reactor for up to 40 years, giving “special consideration” to “first-of-a-kind or early deployment nuclear technologies.”

At a hearing on the legislation this April, witnesses attested to the importance of the targets NELA would set for completing demonstration projects. Idaho National Laboratory Director Mark Peters remarked, “We applaud those goals, recognizing they are aggressive because they will drive the necessary prioritization and strong sense of urgency that we must have.” Asked by Murkowski about further requirements, witnesses stressed that support from appropriators would be necessary to realize the legislation’s goals.

Alexander, who sits on Murkowski’s committee in addition to chairing the counterpart appropriations subcommittee, said it would be a “heavy lift” to directly fund all the demonstrations called for in the bill. He pointed to the purchase agreement provision as potentially “the most useful way to encourage the private sector to spend a lot of money on advanced reactors.” Asked by Alexander whether it would be better for the bill to back more than one such agreement, Peters replied it would be good to have “as many as there are demonstrations.” 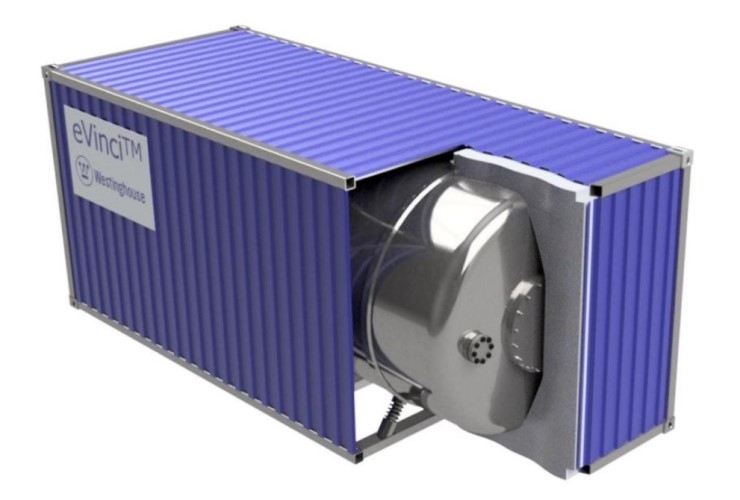 Some lawmakers who are supportive of nuclear energy also point to the need to address the decades-old problem of where to store the waste from used nuclear fuel. Expressing this view at the April hearing, Sen. Angus King (I-ME) remarked, “I think we’ve got it backwards. Let’s solve the waste problem and then talk about promoting nuclear power.” His state is still hosting waste from the Maine Yankee nuclear power plant, which was decommissioned in 1997.

Congress first designated Yucca Mountain in Nevada as a permanent national waste repository site in 1987, but the project has long been stalled in the face of fierce resistance from Nevada’s congressional delegation. The Nuclear Waste Administration Act, first introduced in 2012, would establish an independent agency charged with overseeing the selection of temporary and permanent sites for nuclear waste storage.

At a hearing on the bill yesterday, Murkowski said she hopes that progress can be made by linking the waste issue to the push for advanced reactor designs, remarking,

We're effectively in the same place when it comes to the back end of the fuel cycle as when we introduced that legislation six years ago. But in that time we have seen tremendous progress in the area of nuclear with our advanced nuclear reactors. The United States has the ability to lead the world on some of these technologies, but without a solution on nuclear waste I believe that we are less likely to realize our full potential there.

A key concern with the bill is whether the consensus process it requires for siting repositories is satisfactory, with Sen. Catherine Cortez Masto (D-NV) asserting its provisions unfairly keep Yucca Mountain the default choice.

Cortez Masto and all but one member of the Nevada congressional delegation have sponsored a separate measure, the Nuclear Waste Informed Consent Act, which would require DOE to secure the approval of state and local governments before establishing a nuclear waste repository. Meanwhile, Senate Environment and Public Works Committee Chair John Barrasso (R-WY) is backing a bill that aims to restart and expedite the licensing process for the Yucca Mountain repository, with a companion version also advancing in the House.

Murkowski stressed there is still room to negotiate over her legislation, telling Cortez Masto that she, Alexander, and Feinstein introduced it knowing it would require changes. Concerning Barrasso’s bill, she remarked, “It is a good thing that we have multiple options on the table.”

As the debate over nuclear energy continues in the Senate, its contours in the House are only beginning to take shape. The House Science Committee is currently preparing legislation relating to DOE’s various R&D programs, but it is not yet clear whether or how it will address nuclear energy R&D. However, Rep. Conor Lamb (D-PA), who chairs the committee’s Energy Subcommittee, has signed on as a cosponsor of the House version of NELA. Notably, Westinghouse is headquartered in his Pittsburgh-area district.

Rep. Randy Weber (R-TX), the ranking member of the Energy Subcommittee, is not currently a cosponsor of NELA. Weber was the driver behind the Nuclear Energy Innovation Capabilities Act during the last Congress. Among other provisions, that bill directed DOE to establish a new R&D facility called the Versatile Test Reactor to facilitate the development of certain kinds of advanced reactor designs. Idaho National Laboratory has contracted with GE Hitachi to produce a conceptual design and a cost and schedule estimate for the facility, which is anticipated to cost multiple billions of dollars.

Weber announced in May that he intends to reintroduce a separate bill, the Nuclear Energy Research Infrastructure Act, which the House passed during the last Congress but was not considered in the Senate. He said the new version of the bill would update funding recommendations for the Versatile Test Reactor as well as support planning for a new research reactor for the National Institute of Standards and Technology.

Meanwhile, the House Energy and Commerce Committee held a hearing on June 13 dedicated to discussing three bills on nuclear waste storage and disposal, including the companion to Barrasso’s bill. In his opening remarks, Environment Subcommittee Chair Paul Tonko (D-NY) said, “I doubt any piece of legislation alone will solve our waste challenges, but I do believe that we need to be considering all options for disposal in an effort to find the safest and indeed most cost-effective way to move forward.”