The Fusion Energy Sciences Advisory Committee has unanimously approved a strategic plan to guide the Department of Energy’s efforts in fusion energy and plasma physics research over the next decade. 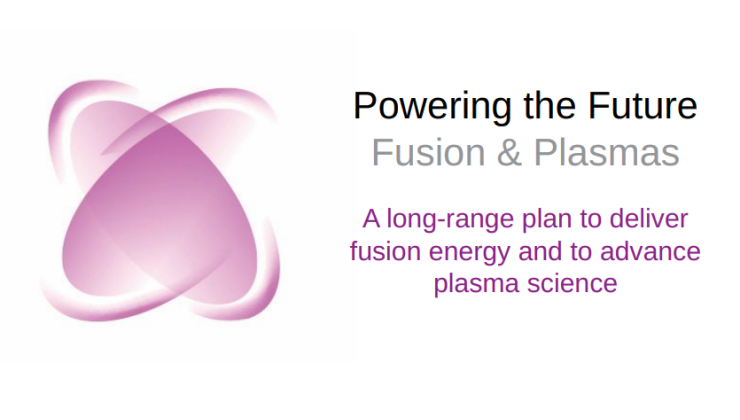 The U.S. Fusion Energy Sciences Advisory Committee (FESAC) approved a strategic plan last month that will guide the Department of Energy’s fusion and plasma science research programs over the next decade. The plan outlines investment priorities, focusing especially on facilities and programs needed to pave the way toward building a U.S.-based pilot fusion power plant by the 2040s.

The plan is the product of a two year effort to forge a consensus within the U.S. fusion and plasma science community, which has previously struggled to unite around a shared vision. It builds on a community-wide exercise that concluded in March, which identified opportunities across the field. A 23-member FESAC subcommittee led by UCLA physicist Troy Carter then worked to prioritize these opportunities within two different assumptions for budget growth as well as an unconstrained scenario.

FESAC approved the strategy unanimously at its meeting in December after agreeing to several relatively small revisions and expects to release the final version later this month.  (Update: The final version is now posted here.)

The proposal to construct a U.S.-based fusion pilot plant that would begin operating by the 2040s has been endorsed by both the March community report and a 2018 National Academies report. To meet that goal, the FESAC plan broadly recommends DOE “pivot” toward funding preparatory fusion materials and technology R&D, including by building several new research facilities.

Among the highest-priority facilities to support this goal are a Fusion Prototypic Neutron Source (FPNS) that would provide irradiation capabilities to test candidate fusion reactor materials and a new domestic tokamak called EXCITE that would study approaches for handling the extreme heat fluxes expected in a compact fusion plant. Additional facility priorities include completing the Material Plasma Exposure eXperiment (MPEX) at Oak Ridge National Lab as well as building a facility for testing components of the “blankets” that will envelop reactor cores and generate tritium fuel to sustain fusion reactions.

A key milestone on the path to commercial fusion power generation is producing a sustained “burning plasma,” which the multinational ITER tokamak facility under construction in France aims to achieve in the mid-2030s. DOE directed the subcommittee to assume the U.S. will continue contributing to ITER over the ten year planning window under all three of its budget scenarios.

The plan treats ITER as the central means by which the U.S. expects to study burning plasma and recommends DOE prepare to form a research team that will harness the benefits of participating in the project once it begins initial operations later this decade. At the same time, it notes that collaborations with emerging private sector fusion ventures “potentially offer pathways to accelerate access to burning plasma conditions.” While it does not name particular projects, several companies are seeking to achieve burning plasma faster than ITER with cheaper, more compact devices.

In addition, the plan supports pursuing non-tokamak-based approaches to fusion, such as stellarators, which like tokamaks use magnetic fields to confine plasmas but have more exotic geometries. “Investment in this area is important as both a risk-mitigation strategy for the tokamak approach, and to support innovations that have the potential to accelerate progress towards a [fusion pilot plant] and deployment of commercial fusion energy,” the plan states.

Aside from the emphasis on fusion technology, the plan endorses several facilities focused on bolstering DOE’s capabilities for fundamental plasma science research. These include a power upgrade that DOE has preliminarily approved for the Matter in Extreme Conditions (MEC) laser instrument at SLAC, a facility to study magnetized plasmas relevant to stellar winds and accretion disks, a large-scale multi-petawatt laser, a high-repetition rate laser, and a Z-pinch plasma confinement facility.

Following the study charge, the plan takes the fiscal year 2019 budget of $564 million for DOE’s Fusion Energy Sciences program as a starting point for its two constrained-budget scenarios. The charge’s “constant level of effort” scenario only adjusts for inflation, while its “modest growth” scenario stipulates a 2% annual increase above inflation. The plan does not account for Congress having increased the FES budget to $671 million for fiscal year 2020.

Concerning the charge’s “unconstrained” budget scenario, Carter explained at the December meeting that the plan does not offer “a laundry list of everything that's a good idea,” but instead carefully selects opportunities based on program alignment, urgency, and scientific impact, among other factors. While acknowledging some community members may have hoped for a more ambitious “blue sky” vision, he argued the strategy’s focused priorities will help build support for budget increases in the near term.

The plan does not provide project cost estimates or recommend overall funding levels, though at a previous FESAC meeting Carter presented a draft budget profile for the unconstrained scenario that exceeds $1 billion annually in the latter half of the decade. At the December meeting, Carter said that profile should not be considered a part of the plan, explaining the report does not present budget targets due to the preliminary nature of the cost estimates the subcommittee used as it developed priorities for each scenario.

In the unconstrained scenario, the plan states development of FPNS would be accelerated, with operations commencing in the latter half of the decade. It then presents a priority ordering for the other new facilities, beginning with construction of EXCITE by 2030 and completion of the MEC upgrade ranked equally.

In the constant budget scenario, the plan suggests that most of the facility projects would be infeasible except for MPEX and FPNS, with the latter “highly delayed.” It further notes that beginning the pivot to fusion materials and technology R&D would involve shifting resources away from current programs. “In particular,” it states, “a modest but immediate reduction in operations funding to the existing major tokamak facilities (DIII-D and NSTX-U) would be required, with a more significant reduction (~50%) in the mid-2020s, likely resulting in the cessation of operations of one of the major tokamak facilities.”

For the modest growth scenario, many of the new facilities would remain off the table and cuts to the tokamak program are again anticipated. “Most notably, meeting the goal of [fusion pilot plant] readiness by the 2040s remains highly unlikely, significant reductions to the U.S. tokamak program are still required, and some important time-sensitive opportunities for U.S. leadership such as construction of MEC-Upgrade cannot be acted upon,” it states.

Prior to the final vote, FESAC member Scott Parker expressed concern over the plan raising the prospect of such cuts, arguing it could undermine the importance of existing tokamak facilities in the eyes of congressional appropriators. Other members countered that the plan stresses the harms of the constrained budget scenarios and illustrates the serious compromises required to stay aligned with the community’s consensus priorities without a substantial increase in resources. Ultimately, FESAC agreed the report should further emphasize the risks of the constrained scenarios while adhering to the priorities the subcommittee proposes.

The plan notes some of the new facilities could still be realized under tight budget constraints through partnerships with other DOE offices and federal agencies. For example, the Office of High Energy Physics, National Science Foundation, and National Nuclear Security Administration are all identified as potential funders for mid-scale laser facilities.

At the FESAC meeting, DOE Office of Science Director Chris Fall congratulated the committee on the “impressive feat” of integrating extensive community input into a comprehensive strategy spanning the entire Fusion Energy Sciences program. He said it would be premature to comment extensively on the draft report, but did seek to temper expectations about the likelihood for implementing the full set of priorities. “There are quite a lot of ideas in the plan, and let’s be honest, almost surely more than we can pay for under any reasonable budget scenario,” he said.

Fall also raised the prospect that the U.S. may once again question its investment in ITER, remarking, “If ITER costs continue to grow as they have, I think that we really can't allow this one project to cannibalize all these other priorities that have been laid out in this long-term plan.” He added that the current DOE political leadership believes the department has a responsibility to explore paths to fusion that could be faster and cheaper, such as those currently pursued by U.S. companies.

DOE Fusion Energy Sciences head James Van Dam applauded the committee for reaching consensus, saying his office is committed to routinely repeating the planning exercise in the future, as recommended in the plan. Channeling Winston Churchill, he said, “‘This is not the end, it is not even the beginning of the end. But it is perhaps the end of the beginning.’ And I think this FESAC report is a very good beginning.”