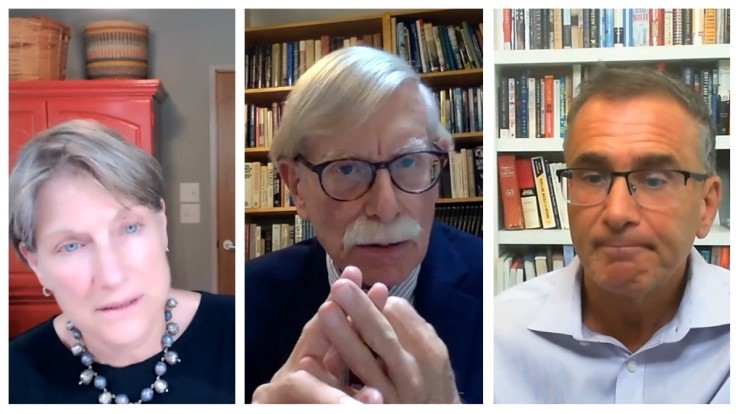 The President’s Council of Advisors on Science and Technology met for the first time under the Biden administration on Sept. 28, kicking off a series of listening sessions structured around the five questions President Biden posed to his science adviser Eric Lander in January.

The first listening session dealt with challenges facing U.S. competitiveness in key technology sectors and featured a panel focused on barriers to technology commercialization and strategies for spurring regional innovation and domestic manufacturing. The issue is central to the administration’s “Build Back Better” strategy and the Commerce Department has already launched a program to spur “regional industry clusters” using COVID relief funds.

On Sept. 29, PCAST held a second listening session on lessons learned from the pandemic, and on Oct. 18 and 19, the next council meeting will be dedicated to climate change mitigation and adaptation. After that, the remaining questions posed to Lander involve how the benefits of science and technology can be broadly shared among Americans and how to ensure the “long-term health” of science and technology in the U.S.

Gruber began the discussion with a summary of his book, “Jump-Starting America: How Breakthrough Science Can Revive Economic Growth and the American Dream,” which he wrote with his MIT colleague Simon Johnson. Gruber described the U.S. economy as “geographically fractured,” with 90% of the jobs created in “innovation sectors” over the last 15 years concentrated in just five cities, and 75% of venture capital likewise limited to only five cities. He attributed this to the economic phenomenon of agglomeration, which he said “simply means that smart people want to live by smart people.”

Arguing that such concentration is exacerbating economic and political divisions in the U.S., Gruber said the government should actively develop regional technology hubs in smaller cities across the country, pointing to the 102 cities his book identifies as top candidates. These are all characterized by strong universities, an average house price of less than $265,000, and a working population of at least 100,000, with at least a quarter of the population being college-educated. 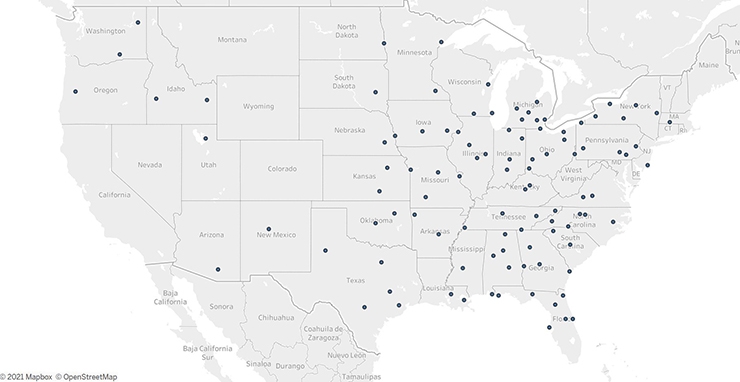 Accordingly, Gruber endorsed a provision in the Senate-passed U.S. Innovation and Competition Act (USICA) that proposes the Commerce Department allocate $10 billion over five years to seed at least 20 such technology hubs across the country.

Gruber described how federal funding for R&D has successfully spurred regional economic development in the past, pointing to how a partnership between a Navy R&D center and the University of Central Florida led to the creation of a successful research park specializing in computer simulation. He also argued that private venture capital is not suitable for capital-intensive investments with long lead times, such as clean energy technologies and certain areas of biotechnology, citing the federal role in financing the Human Genome Project.

In her presentation, Feldman cautioned against treating universities as lynchpins in technology-based economic development. “Universities are necessary, but they’re not sufficient. We have many places that have strong research universities that have really not been able to create new firms and new jobs in their locations,” she said.

She pointed out that most university technology transfer offices do not recoup their operating costs, despite the Bayh-Dole Act giving universities intellectual property rights over inventions produced using federal funds. She also described universities as the “fallen angels” of the Bayh-Dole framework, remarking, “Rather than using Bayh-Dole as a mechanism to take publicly funded science and put it in the public domain, there is an increasing assertion of intellectual property rights and increasing demands that place faculty at odds with their university administration.” She advocated for PCAST to suggest reforms to address such challenges so that any efforts to pump money into universities would yield better outcomes.

Feldman also argued the U.S. needs new financing models to spur economic development in regions not traditionally supported by mechanisms such as venture capital. “The venture capital model is predicated on investing in a company and then selling it on average in seven years. And what that means is that firms are then taken away from the places that nurtured them and there are no benefits for the local economy,” she said.

Bill Bonvillian traced the history of U.S. “industrial policy” in his presentation, defining the term broadly as “government intervention to achieve technology advance in the stages of industrializing — from research to development to testing to demonstration to financing to initial market creation.”

He noted the U.S. defense sector has long supported industries such as aviation and computing, and that the increased economic competition with Japan in the 1980s led to policy experiments such as the Bayh-Dole Act, the R&D tax credit, and the semiconductor R&D consortium SEMATECH. In more recent history, he highlighted examples such as the creation of the Manufacturing USA institute network in 2012, though he argued federal funding for it is insufficient given the scale of the manufacturing sector.

Bonvillian said interest in industrial policy in the U.S. is currently “unprecedented” due to economic competition with China as well as the challenges presented by climate change and the pandemic. However, he argued the U.S. is currently not well situated to channel the hundreds of billions of dollars in technology-focused initiatives contemplated in USICA and the special spending bills pending in Congress.

Bonvillian later added that, except in the defense sector, the U.S. lacks a sufficient talent base that is “fluent with applied development and demonstration and scale up.” He also said that U.S. entrepreneurs often have to go abroad to get scale-up funding, impeding efforts to build regional innovation capabilities.

Discussing options for addressing such gaps, he noted that Sen. Chris Coons (D-DE) has introduced legislation to create a new industrial financing mechanism and that USICA proposes a new technology directorate at NSF that would more closely link university and industry research. He suggested that PCAST advise NSF on how best to stand up the new directorate, noting the importance of establishing an appropriate culture at its inception.

More broadly, Bonvillian remarked, “Without the right infrastructure, without the right operating mechanisms, the administration’s suite of new technology programs for competing with China, or continuing to attack the pandemic, for addressing climate change … faces really major hurdles.”