The White House Office of Science and Technology Policy has launched an “ideation challenge” to collect public input on ways to increase diversity in STEM fields. 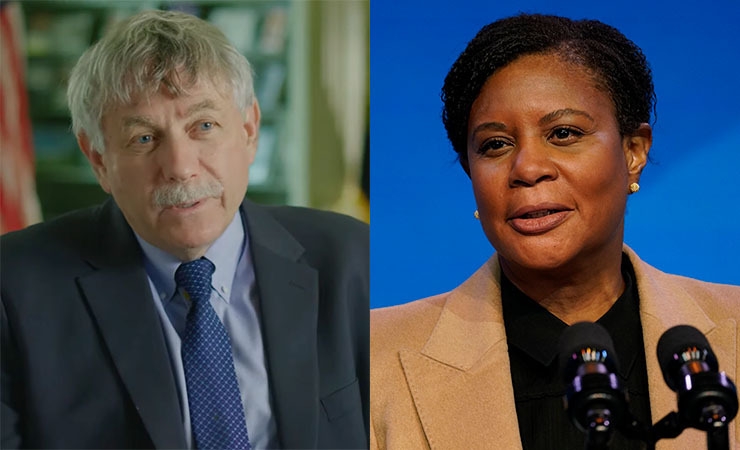 Last week, the White House Office of Science and Technology Policy announced an “ideation challenge” to solicit public input on how the federal government can advance equity in science and technology. The initiative follows a series of five private roundtable meetings OSTP has held under the title, “The Time is Now,” focused respectively on women and people with gender-expansive identities, people with disabilities, underrepresented racial and ethnic groups, community-centered research, and institutional settings.

Submissions to the challenge may address any of the topics considered by the roundtable series or an entirely different topic. The entry form states that the ideas will be “evaluated and refined” for incorporation into OSTP’s strategy for advancing equity. However, while hosted on the challenge.gov website, the submissions will not be judged and no prize is being offered. The deadline for participation is Nov. 19.

Under the Biden administration, OSTP has elevated issues of diversity and equity to a top priority. The question raised in the challenge, “how can we guarantee all Americans can fully participate in, and contribute to, science and technology?” was included in the letter President Biden sent to OSTP Director Eric Lander in January, and it is a central concern within the portfolio of OSTP Deputy Director for Science and Society Alondra Nelson. Biden announced Nelson’s appointment at the same time as Lander’s selection and she leads the first-ever OSTP division with a jurisdiction focused on social issues.

Discussing her work recently with the publication Issues in Science and Technology, Nelson remarked, “What would success look like? A STEM workforce that really looks like all of us, that reflects all of us, in the classroom and in the boardroom. Empowering new communities to be at the table of S&T policy. I think success looks like a public that feels that it can be engaged in the work of government; a lot of work we are doing in OSTP is conducting listening sessions and using other ways of engaging the public to help us think about the work we do.”

During his nomination hearing in April, Lander likewise cited increasing diversity in STEM fields as one of his top goals and promised specifically to develop “a plan to increase the numbers of women and underrepresented people in STEM careers by 50%.” However, he did not set out a specific timeframe for reaching that goal.

Speaking at the American Association for the Advancement of Science’s annual Science and Technology Policy Forum on Oct. 12, Lander and Nelson further elaborated on their thinking.

Explaining why he regards it as “urgent” to increase diversity in STEM, Lander said, “In addition to being right and just, it’s also critically necessary for producing the best science, because, like we all know, science comes from bringing people together with diverse perspectives, diverse interests, diverse questions, diverse passions.”

He also cited international competition, pointing in particular to the size of China’s population compared to the U.S., saying, “If we are not fielding the whole team — if half the team or a third of the team, only a fifth of the team is on the field — there is no way we can compete.”

He remarked, “So, pick your reason. I pick all three as really important reasons why we have to do this.”

Discussing takeaways from the “Time is Now” roundtables, Lander said that the STEM ecosystem needs more “on-ramps and bridges” for people from underrepresented groups to enter STEM fields.

Reflecting on his own path to science, Lander said there were no scientists in the neighborhood where he grew up, but that he was fortunate to have attended New York City’s Stuyvesant High School, an elite public institution known for its strong science programs. He further observed that the mathematics program he studied in at Princeton University was unwelcoming to anyone not well-prepared for it. “There was already by freshman year of college no on-ramp to be a math major there,” he remarked.

Lander contrasted that situation with the approach of institutions that are actively working to include underrepresented groups, citing the example of how Harvey Mudd College increased the fraction of women in its computer science program from around 10% to 50% in part by tailoring instruction to different experience levels. Lander also pointed to the Meyerhoff Scholars program at the University of Maryland, Baltimore County (UMBC), which helps minority students bridge the transition from undergraduate to graduate school. Noting the program has “ended up being the single largest producer of Black students who go on to PhDs” in STEM fields in the U.S., he added, “Why don’t we have 20 times this program across the country?”

Nelson commented that the roundtables had also included people from outside academia who conduct research to address local priorities. “And so we have to think of building these bridges and on-ramps beyond the Ivory Tower, onto Main Street, or onto Martin Luther King Boulevard,” she said.

Another theme Lander and Nelson highlighted from the roundtables was the value of embracing a “whole-of-self strategy” that acknowledges the particular challenges many individuals face.

Lander observed, “The National Institute of Allergy and Infectious Diseases has a program for [grant] supplements for critical life events — childbirth, adoption, caregiving responsibilities — acknowledging that those things are part of people’s lives, and it’s not supposed to be something you leave at the door and say, ‘well, it’s not really part of our concern.’ If we’re going to prevent people from leaving science, then science has to be here to recognize that events like that happen and provide support.”

Lander also said that before the roundtables he had been unaware of the idea of universal design, which seeks to make products accessible to the widest possible range of people, such as by addressing challenges faced by people with disabilities. “These can be huge barriers, or we can find ways to overcome them,” he said, citing efforts to develop a common sign language for science terms as an example.

Recollecting things the roundtables impressed on her, Nelson pointed to the impacts of the COVID-19 pandemic on the lives of students and researchers, as well as to how the importance of family ties among certain underrepresented communities affects their ability to thrive in academic settings. She highlighted a program at UMBC that helps family members of minority STEM students better understand the university experience.

Turning to the subject of evaluation metrics, Nelson said that to be successful future efforts will require better data on diversity in the STEM community. She said the White House’s Equitable Data Working Group, which she co-chairs, has discussed ways to improve the granularity of the data federal agencies collect in order to improve understanding of different groups’ experiences in STEM.

Nelson also stated that such data could be used to track the successes and failures of federal efforts, pointing to the example of the Campus Pride Index, which was launched in 2007 and gathers data from academic institutions on their LBGTQ inclusion policies in order to compare learning environments across institutions.

Lander raised the question of whether data reporting should be voluntary or mandatory but demurred when asked whether OSTP aims to implement mandatory demographic reporting requirements for federal funding recipients. “It’s certainly very much on our mind,” he said.

Looking ahead to immediate next steps, Lander said, “Our goal is to converge … around evidence-based best practices, to highlight equity champions — institutions that have shown us what’s possible, suggestions that can inform policy. … We are in the idea-collecting business right now, so please take the opportunity really seriously.”