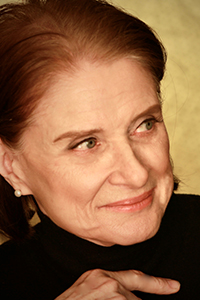 German by birth, British by naturalization, Communist by conviction, Klaus Fuchs was a fearless Nazi resister, a brilliant scientist, and an infamous spy. He was convicted of espionage by Britain in 1950 for handing over the designs of the plutonium bomb to the Soviets, and has gone down in history as one of the most dangerous agents in American and British history. He put an end to America’s nuclear hegemony and single-handedly heated up the Cold War. But, was Klaus Fuchs really evil?

Fuchs was a man molded by his roots and the cataclysmic events of history that still bedevil the mind. When his path as a serious student of mathematics crossed these perils, he took life-threatening risks and made grave choices. Reaching a deeper understanding of who he was, what he did, why he did it, and how he was caught allows us to reflect on what this extraordinary life—a cautionary tale about morality and the prisms through which we perceive it—means today.

The question of moral accountability is difficult to resolve.  In our current, chaotic world, as in the Iron Curtain world of the mid-20th century, ambiguity prevails.

Nancy Thorndike Greenspan was a health economist and in the 1980s began a writing career as the co-author of four books with her husband, the late child psychiatrist Stanley Greenspan. She is the author of two biographies, The End of the Certain World: The Life and Science of Max Born (Basic Books, 2005) and the recently published Atomic Spy: The Dark Lives of Klaus Fuchs (Viking, May 2020). She has served on the boards of numerous environmental organizations as well as committees and boards of the American Institute of Physics. An ice dancer, she spends her free time at the rink. She lives in Bethesda, Maryland.