Lyne Starling Trimble Public Lecture: ’The Negro Scientist’: W.E.B. DuBois and the Diversity Problem in Science and the History of Science 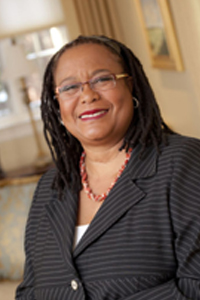 'The Negro Scientist': W.E.B. DuBois and the Diversity Problem in Science and the History of Science

In 1939, the great African American intellectual and scholar W.E.B. DuBois published an essay in the American Scholar entitled ‘The Negro Scientist’. DuBois wrote this essay in response to the statements made by a prominent white American scientist who had publicly noted how few African Americans had made their mark in science. The scientist had stated that ‘Negroes had made their mark in music, literature, and on the stage, in painting and in some departments of public life, but not often in the exact sciences’. DuBois’s answer to this question addresses some of the most vexed historical and contemporary issues concerning the persistent under-representation of native-born U.S. African Americans, Native Americans, and Latino Americans in the U.S. scientific and technical workforce from the early 20th century to the present.

Evelynn Hammonds is Barbara Gutmann Rosenkrantz Professor of the History of Science at Harvard University, as well as Professor of African and African American Studies, and Director of the Project on Race and Gender in Science & Medicine, at the Hutchins Center for African and African American Research. She has published two books: The Nature of Difference: Sciences of Race in the United States from Jefferson to Genomics (MIT Press, 2008) and Childhood’s Deadly Scourge (Johns Hopkins University Press, 1999).