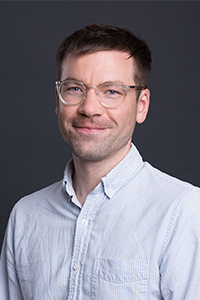 Light and Shadow: Cold War Physics in Secret and in Public

During the Cold War, some highly placed physicists in the United States combined secret work for the military, the creation of new knowledge, and public service. In the early 1960s an elite group of consultants for the Institute for Defense Analyses, including the physicists Nicolaas Bloembergen and Charles Townes, began to study the possibility of using lasers as anti-ballistic missile weapons. As they explored the effects of high-intensity light-matter interactions, they launched the new field of nonlinear optics, later earning Nicolaas Bloembergen a Nobel Prize. In 1983, the dream of ballistic missile defense with lasers returned with a vengeance when President Ronald Reagan announced the Strategic Defense Initiative (SDI). The American Physical Society asked Bloembergen to lead a study group of physicists in evaluating the technical feasibility of the “directed energy weapons” at the heart of the program. As a group, the physicists struggled to balance competing demands. On one hand, their study was to be a completely objective and independent analysis. On the other, most of the study group’s members worked or consulted for organizations funded by the SDI program.

Benjamin Wilson is an Assistant Professor of the History of Science at Harvard University, where he teaches and writes about the history of modern physics and the intellectual history of the Cold War. He received a Ph.D. from MIT in 2014, and has held postdoctoral fellowships at Stanford University’s Center for International Security and Cooperation, and the Max Planck Institute for the History of Science in Berlin.