Lyne Starling Trimble Public Lecture - The New Big Science: How We Got Here, What Changed 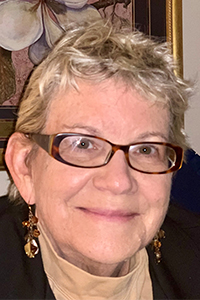 The New Big Science: How We Got Here, What Changed

Around 1980, large scale science experienced a sea change.  In the U.S. national laboratories this change meant that the largest, most expensive, marquee projects were devoted to materials science rather than high energy physics.  This talk will trace the surprising twists and turns that led to this change, which transformed the landscape of the federal investment in basic research.  The talk will also explore how this change reshaped the character and culture of U.S. basic research and consider the resulting impact on the careers of physicists and other scientists.

Catherine Westfall is a professor emeritus at Michigan State University.  She has also served as a historian at five U.S. national laboratories (Fermilab, Los Alamos, Berkeley Lab, Argonne and Jefferson Lab), exploring many topics in laboratory life including technological and science development, political economy,  and work organization.  She also worked as a Puffendorf Fellow on a project comparing U.S. laboratories with the European Spallation Source in Lund, Sweden.  In addition to two dozen articles she has published two books, with Lillian Hoddeson, Paul Henriksen, and Roger Meade, Critical Assembly: A Technical History of Los Alamos During the Oppenheimer Years, 1943-1945 and with Lillian Hoddeson and Adrienne Kolb, Fermilab:  Physics, the Frontier, and Megascience.