Lyne Starling Trimble Public Lecture: Shifting Problems in Modern Physics and in the Histories That We Write 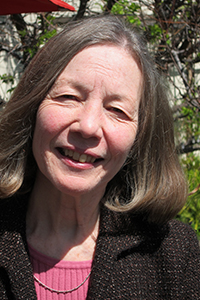 Scientists have been professionally identified with disciplinary fields since the late nineteenth century, but the questions they ask and the problems they solve are not neatly carved up by disciplinary perimeters. Reward systems such as the highly visible Nobel Prizes appear to offer stable categories that define the physical, chemical, and biological sciences, but these rewards do not in fact reflect disciplinary rigidity. In this talk, I examine some trends in Nobel Prize awards in Physics, focusing on shifts in the disciplinary boundaries and social organization of physics in the course of the twentieth century.  I tie these developments to changes, too, in the ways in which histories of physics have been written.

Mary Jo Nye is Emerita Horning Professor of the Humanities and Professor of History at Oregon State University in Corvallis. Her recent books include Before Big Science: The Pursuit of Modern Chemistry and Physics 1800-1940 (Twayne, 1996; Harvard University Press, 1999), Blackett: Physics, War, and Politics in the 20th Century (Harvard University Press, 2004), and Michael Polanyi and His Generation: Origins of the Social Construction of Science (University of Chicago Press, 2011). In 2017 she received the Abraham Pais Prize for History of Physics awarded by the American Physical Society.