Lyne Starling Trimble Public Lecture - Tests and Testing: The Case of Hearing and the Making of Modern Aurality in the Long Twentieth Century 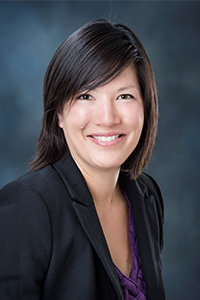 Tests and Testing: The Case of Hearing and the Making of Modern Aurality in the Long Twentieth Century

Test subjects and testing practices suffuse the history of modern science and medicine. Like the ubiquitous “experiment,” tests carry epistemological power. Yet the history of testing remains undertheorized. In this talk, Hui will examine “testing” through a series of exemplary cases of testing of hearing and testing with hearing during the long twentieth century, from the “Tone Test” of the Edison Phonograph Company to the worker surveys of Muzak to the training protocols of early sonar operators in the US Navy. Hearing tests have been employed in both the sciences and the arts, functioning as cultural techniques of assessment, training, and standardization. Applied at large scale, tests of seemingly small measure — of auditory acuity, of hearing range — helped redefine the modern concept of hearing as such. The historical study of testing of and with hearing illuminates the co-creation of modern epistemic and auditory cultures. More generally, it demonstrates that testing as such became an enduring and wide-ranging cultural technique in the modern period, one that is situated between histories of scientific experimentation and many fields of application.

Alexandra Hui received her PhD in 2008 from the University of California at Los Angeles and is currently an Associate Professor of History at Mississippi State University, head of the History of Science, Technology, and Medicine field, and Core Faculty of the Center for the History of Agriculture, Science, and the Environment in the South there. She is also the Co-Editor of the History of Science Society publications, including the journal Isis. In addition to her monograph, The Psychophysical Ear: Musical Experiments, Experimental Sounds, 1840-1910 (MIT Press, 2012), which explores the relationship between psychophysical studies of sound sensation and music culture in the German-speaking world, Hui has published several scholarly articles, chapters in anthologies, and co-edited the 2013 Osiris volume on music, sound, and the laboratory. She has received fellowships from the National Science Foundation, the Fulbright Foundation, and the Alexander von Humboldt Foundation. Hui is currently working on two research projects. The first examines the co-development of new listening forms and background music technology in twentieth-century America. The second project is a comparative study of how field scientists listened to the environment in Germany and the US in the nineteenth and twentieth centuries.