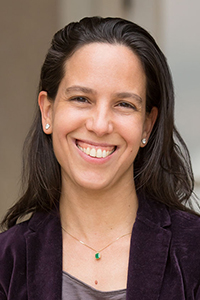 The Trouble with Einstein's Time

Current debates about time have left “a hole at the heart of physics” (Scientific American, September 2002). The main problem with contemporary explanations is usually traced to Einstein’s theory of relativity, to the notion of a ‘block universe’, and to his famous claim that ‘the distinction between the past, present, and future is only a stubbornly persistent illusion’. While some scientists have tried to incorporate elements of our experience of time into our explanations of the universe, others continue to claim that our sense of time is simply illusory. Can these debates be solved by science alone or are they inescapably philosophical, historical and cultural? My talk will explore the origins of this persistent quandary by focusing on the relation of physics to philosophy, history and the humanities. Can we solve the problem of time without engaging in “Science Wars”?

Jimena Canales is an award-winning author and expert in the history of science. She is the author of A Tenth of a Second (The Guardian's Top 10 Books About Time) and The Physicist and The Philosopher: Einstein, Bergson, and the Debate That Changed Our Understanding of Time (Best Science Books for 2015 by Science Friday, NPR, Public Radio International, and Brainpickings, Top Reads for 2015 by The Independent, and Books of the Year for 2016 by The Tablet). Her work has appeared in The New Yorker, The Atlantic, WIRED, BBC, Aperture, Artforum and in numerous scholarly journals. She was previously the Thomas M. Siebel Professor in the History of Science at the University of Illinois and an Associate Professor at the History of Science Department at Harvard University. Canales received her MA and PhD from Harvard University.