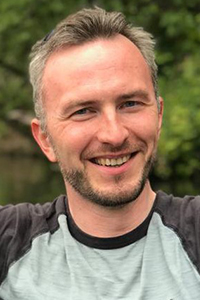 The American Physical Society (APS) included just 36 charter members when it was established in 1899. By the end of the twentieth century, its membership was well over 40,000. This thousand-fold increase in the population of American physicists is just one small indication of the vast and multidimensional expansion physics underwent over the last century. Its cultural and economic importance, political influence, and public recognition also grew commensurately over that span. Accounting for physics’ rapid rise from obscure origins to become the country’s marquee scientific enterprise has been one of the central tasks historians of Americans science have set themselves.

It is therefore surprising that so little historical attention has been paid to solid state and condensed matter physics. Although they lacked the flash and the soaring philosophical rhetoric of high energy physics and cosmology—which defined the public image of physics by late century—these areas provided many of the most notable technical accomplishments physics could boast, helped redefine the boundaries of the field, and were crucial in the ongoing renegotiation of American physicists’ self image. A thorough account of the twentieth-century success of American physics therefore requires an account of what solid state and condensed matter physics contributed to it. This talk will provide such an account, and explore how our historical perspective on twentieth-century shifts when we include the stories of solid state and condensed matter physics among its defining narratives.

Joseph D. Martin is an assistant professor of history of science and technology at Durham University in England and co-editor-in-chief of Physics in Perspective. He previously taught at the University of Cambridge, Michigan State University, Colby College, and the University of Minnesota, where he earned his PhD in 2013, and he has twice been a fellow of the Consortium for History of Science, Technology, and Medicine in Philadelphia. His historical research probes the sciences of stuff—that is, solid state physics, condensed matter physics, and materials science—and the ways in which physicists’ philosophical and ideological commitments shaped the institutional structure and cultural authority of these fields. These issues are explored in his book Solid State Insurrection: How the Science of Substance Made American Physics Matter (Pittsburgh, 2018).