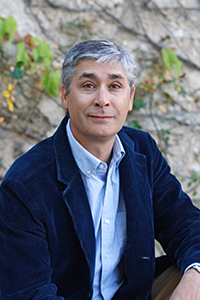 When the Telescope Met the Computer: Making and Sharing a Digital Universe

Between the dedication of the 200” Hale Telescope in 1948 and the completion of 30-meter behemoths, new electronic technologies have transformed astronomy’s most iconic symbol – the telescope itself. This lecture explores how the “computerization” of astronomy affected how scientists did research as their views of the night sky shifted from analog to digital. At the same time, we see how the practice of being an astronomer has changed as the focus of scientific discovery has shifted away from the telescope itself to the hard drive, the database, and digital archives.

W. Patrick McCray is a professor in the Department of History at the University of California, Santa Barbara. Originally trained as a scientist, McCray’s most recent book is The Visioneers: How an Elite Group of Scientists Pursued Space Colonies, Nanotechnologies, and a Limitless Future. This won the Watson and Helen Miles Davis Prize from the History of Science Society as the “best book written for a general audience.” Besides authoring three other books about the history of science and technology, he also recently co-edited a collection of essays called Groovy Science: Knowledge, Innovation, and the American Counterculture which the University of Chicago published in 2016. McCray’s current book project is called Art Re-Wired (under contract with MIT Press). It looks at the collaborations between artists, engineers, and scientists from the 1960s onward.